Kung Fu From Beyond The Grave: Taoism vs The Undead

The Shaw Brothers were the biggest and most prolific producers of kung fu films in history. Within the kung fu genre, the brothers divided their productions into many sub-genres. One major dividing line was between swordplay films and hand-to-hand fighting films. If a film included swords, it often meant it included more wirework and elements of fantasy or supernatural forces. Characters in sword films could often jump 40 feet into the air, or balance on the tip of a spear, or throw balls of mental energy at each other. Most hand-to-hand films were usually bound by ordinary Newtonian physics.

The superpowers of the sword films opened the door to the production of movies featuring even more magical ideas like vampires, ghosts, curses, and black magic. The black magic films developed into a genre of their own. In many of them, kung fu took a back seat and made way for Taoist priests doing spiritual battle with evil witches or demons. Instead of kicks and punches, there were spells and hexes.

Kung Fu From Beyond The Grave is a lesser-known black magic film directed by Chiu Lee in 1982. It is not a sequel to Kung Fu Zombie, which came out the year before, but it does star Billy Chong who starred in Kung Fu Zombie and is also directed by Chiu Lee. Unlike most black magic films, Kung Fu From Beyond The Grave features heavy doses of both spell casting and kung fu.

Most black magic films tend to be a bit goofy. The special effects are often subpar and frequently involve squiggly, glowing animation. There is also a convention in Chinese lore that often undermines any attempt at being scary; their vampires hop.

The lore indicates that since vampires are dead, their bodies are stiff. This means they are stuck in a straight-legged pose and can only hop. Often they are depicted with their arms stiffly outstretched like Karloff’s Frankenstein. In Kung Fu From Beyond The Grave,the dead have their hands closer to their bodies, with their wrists bent down as if they were doing a fey bunny hop. It may not be scary, but it is very entertaining. To be clear, the dead in Kung Fu From Beyond The Grave are zombies, not vampires, but they are depicted the same way.

There is however an appearance by Dracula in the film. During a battle, the bad guy whips out some American money and waves it around as an offering to some supernatural power, and yells out “Dracula, come to my aid!” His call is answered by an ethereal “I’m coming!”, and soon enough, Dracula flies in to join the fight. It’s interesting that a Transylvanian count would be summoned using American money. Maybe there was a good exchange rate.

Kung Fu From Beyond The Grave is set during the annual Ghost Festival which is celebrated throughout Asia. Once a year, the gates of the afterlife are opened and the dead are free to visit the living. As you can imagine, there are many Asian horror films that take advantage of this convenient holiday.

Chun Sing is visited by his decaying father who demands vengeance for his death, Hamlet style. Being a pious son, Chun Sing sets out to do his father’s bidding. Beyond this premise, the rest of the film is difficult to follow, although it is much more coherent than other black magic films. Often there is a torrent of characters spewed willy-nilly onto the screen, and you just have to enjoy the film scene by scene, without any hope of comprehension.

There is, of course, an evil wizard at the center of the film, who needs human hearts to perform his magic. Not just any old human hearts, but a pair of hearts that have been harvested right at the point of orgasm. I imagine it might be difficult to find a couple whose orgasms are in perfect sync, but he seems to manage. We get to witness him in action, and neither of the sex partners seems to be anywhere near climax when he stabs them. Once he cuts them open, his assistant plucks out their hearts as easily as picking an apple. No annoying veins or arteries to untangle, no muss, no fuss.

While the wizard is casting his spells, Chun Sing searches for his father’s grave. Chun Sing ends up in a secret graveyard where he calls out to his father to please show him which grave he is in. Rotting zombie hands emerge from all the graves calling out, “Here I am!” Poor Chun Sing can’t tell which one is really his dad, until he conveniently remembers that his Dad had six fingers on one of his hands. Chun Sing finds the mutant hand and exhumes his father's bones. He is ready to run off when the evil wizard appears and a fight ensues. Chun Sing is about to lose the fight, but his father’s skeleton lands a crucial punch from inside his sack.

The fight choreography is really quite good. It’s fast and creative and manages to break up some of the predictable rhythms that kung fu movie fights can slip into. Sometimes Shaw Brothers' choreography can look more like synchronized gymnastics than a fight. Kung Fu from Beyond The Grave also features some good magic fights, which are just completely bizarre and often gross. There is a lot of coughing up weird-colored stuff, and splashes of bloody goo.

Something that is also standard in all of these black magic films is a lot of mudra wielding. They all wiggle their fingers around in frantic flourishes while we hear snappy kung-fu sound effects. Once their hands are configured in some twisted mudra, a blast of magic emerges and assails their opponent. Add to this that most everyone is zooming around as if they are on skateboards, and it all looks pretty silly.

The magic fights are usually accompanied by a lot of Taoist mumbo jumbo that I am sure would raise the eyebrow of an actual Taoist priest. Lots of flying yin yangs, burning of magic papers, and spitting in people’s faces.

The plot falls apart, but the good guy beats the bad guy in the end. If that’s a spoiler, you are watching the wrong genre. Kung Fu From Beyond The Grave strikes an unusual balance between the traditional kung fu film and the bizarre excesses of the black magic genre. It’s not as insane as something like The Boxer’s Omen, but it is considerably stranger than the standard fare like The 36th Chamber of Shaolin.

The black magic genre provides an opportunity to see what movie making can be like when there isn’t 100 million dollars riding on the outcome. “You want the heroine to fart a big yellow cloud that chokes the villain? Let’s try it!” There is a certain sense of freedom and abandon that you don’t often see in places like Hollywood. The Shaw Brothers didn’t start making films like Kung Fu From Beyond The Grave until late in the game. The black magic films are like a late mannerist stage, where the Brothers had already established themselves as a major concern and had made a bundle of money, so why not allow themselves a little latitude, or maybe a lot of latitude.

If you enjoyed this article you might also enjoy - https://filmofileshideout.com/archives/the-nine-demons-black-magic-kung-fu/ 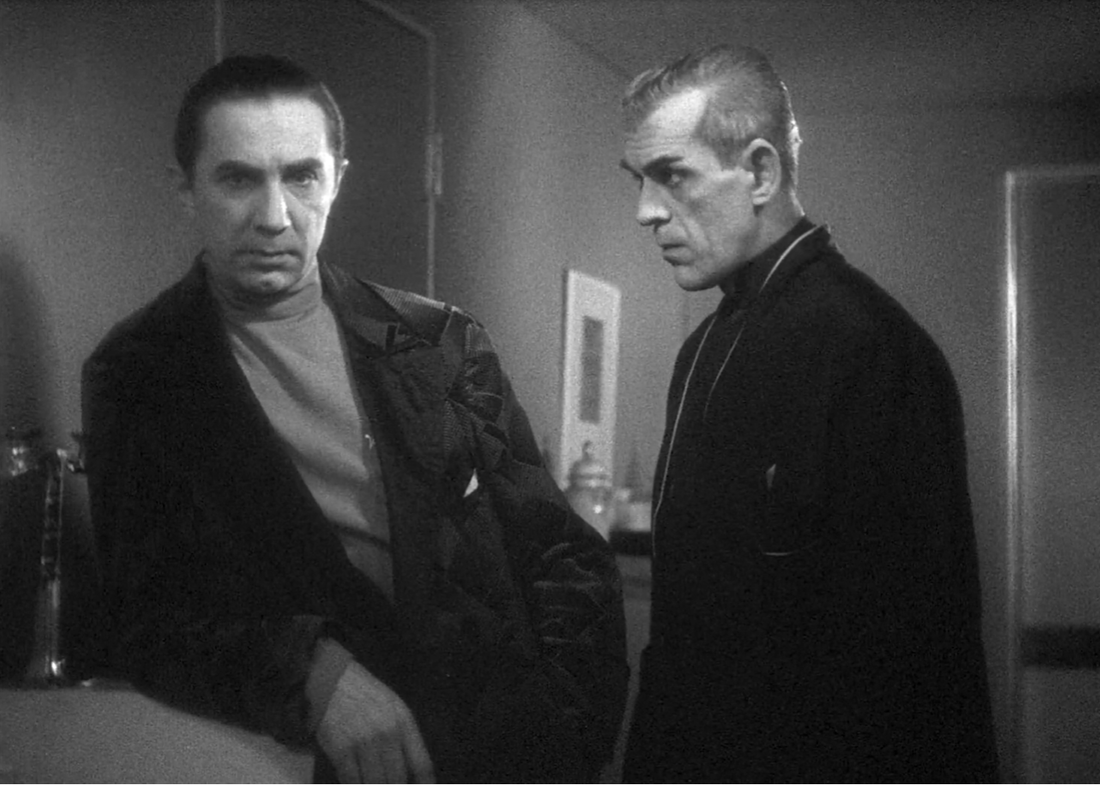