Imagine a movie made entirely by 8 year old boys. The actors, the editor, the costume designer everyone involved is 8. Then you wouldn’t be surprised when you heard dialogue like this,

“We know you’re a unicorn agent”
“No you’re wrong”
“You liar! You three, (note there are only two captives) You are going to tell us just what you know about us.”
“I don’t know a thing”
“Alright then we’ll do it the hard way.”

Voyage into Space was actually made by an adult named Minoru Yamada in 1970 in Japan. It stars Mitsunobu Kaneko as little Johnny. Little Johnny has an Egyptian looking giant robot named Giant Robot. The film was made as a finale to a television series from the 60s called “Johnny Sokko and His Flying Robot.”

The problem with most Kaiju movies is there is often too much talking and not enough Kaijuing. Voyage into Space solves this problem with an overflowing cornucopia of kaiju! This film isn’t targeting the same audience as Godzilla. Voyage into Space is for younger kids and as a 51 year old I feel I just make it in under the wire.
​
Even though Yamada was 44 when he made this film it has the unbridled enthusiasm and disregard for what makes sense that you might expect from an 8 year old. I can just hear Yamada breathlessly making it up as he goes along, “Yes! And then the bad guy sets off an atomic bomb and the blast turns the robot on and the boy can control the robot with his watch and the robot has a jet pack so they can escape the gargoyle gang by flying in the robot’s hands but Spider, the bad guy, sends a giant half-man, half-octopus monster named Draculon to destroy Tokyo so the robot uses the atomic punch to knock him down and then, and then the giant robot shoots missiles out of his fingers and then…”

Voyage into Space invites us to indulge in this frantic creativity. Little Johnny is our point of entry and a proxy for the target audience. He is treated with respect like an adult and given serious tasks to help save the world. Safe at Unicorn Home-base the commander addresses Johnny,

Commander: “That giant robot is under your control Johnny. The Unicorn organization works for world peace, will you join us Johnny Sokko.”
Cute guy in suit: The world needs your help now Johnny. The gargoyle gang wants to conquer the earth. They will strike again with strange and terrible weapons.”
Commander: “That is true.”

The editing is just wonderful. Cue the wide shot of wind-up toy tanks, cut to tight shot of soldier in a real tank yelling “attack!” Cut back to the toy tanks. The editing just barely works and so the nuts and bolts grammar of the film is exposed. I love watching the clunky, low budget solutions to film production challenges. “If we need to hang it from a string and stick sparklers in it then that’s just what we’ll do!”

For a kids movie it sure has a lot of gun violence. The Gargoyle gang and the Unicorn organization have big, black, machine guns and they never hesitate to let rip a hail of bullets. A rough guess would put the body count around 50. Of course the Gargoyle Gang can’t seem to hit anyone even with a phalanx of automatic gun fire, but the Unicorns are crack shots.

The Kaiju costumes are the best part. There is the metal kaiju, Nucleon, that looks like a bowling ball, and the Draculon octopus guy from earlier on. Later there is a monster that looks like a cross between some kind of sex organ and a giant elephant trunk. There’s silver mutant man, and his giant foreheaded, mutant, buddy that made me yelp when he first appeared on screen. The big boss is Mr. Guillotine. He looks like someone trying to wear a stingray on their face. It isn’t pretty.
​
Unencumbered by adult logic or plausibility this movies is free to venture into some fabulous places. Why not have Giant Robot battle a giant flying eyeball with a vacuum sucking retina? Or a lava breathing, giant, plant monster that shoots explosive rose petals?
The music is equally random. There isn’t much during the bulk of the film but the fight scenes are punctuated by unlikely choices. One fight is accompanied by a snappy a bee bop jam, another is set to a happy, little harmonica song. For two of the fights we get a Morricone style whistling western tune.

Films like Voyage into Space make me want to run out and make a movie myself and I hope there are others out there who feel the same way. Of course there is much more to filmmaking than brainstorming a bunch of crazy monsters but films like these are an invitation to dream big. I can imagine a kid with an iphone yelling “Action!” while his little brother, wearing a halloween mask, goes stomping through a clutch of cardboard buildings in their back yard. There is still hope for humanity and it makes me feel warm inside.

If you enjoyed this article click here for more
​www.filmofileshideout.com/archives/latitude-zero-come-for-the-costumes-stay-for-the-pansexual-sm-subtext 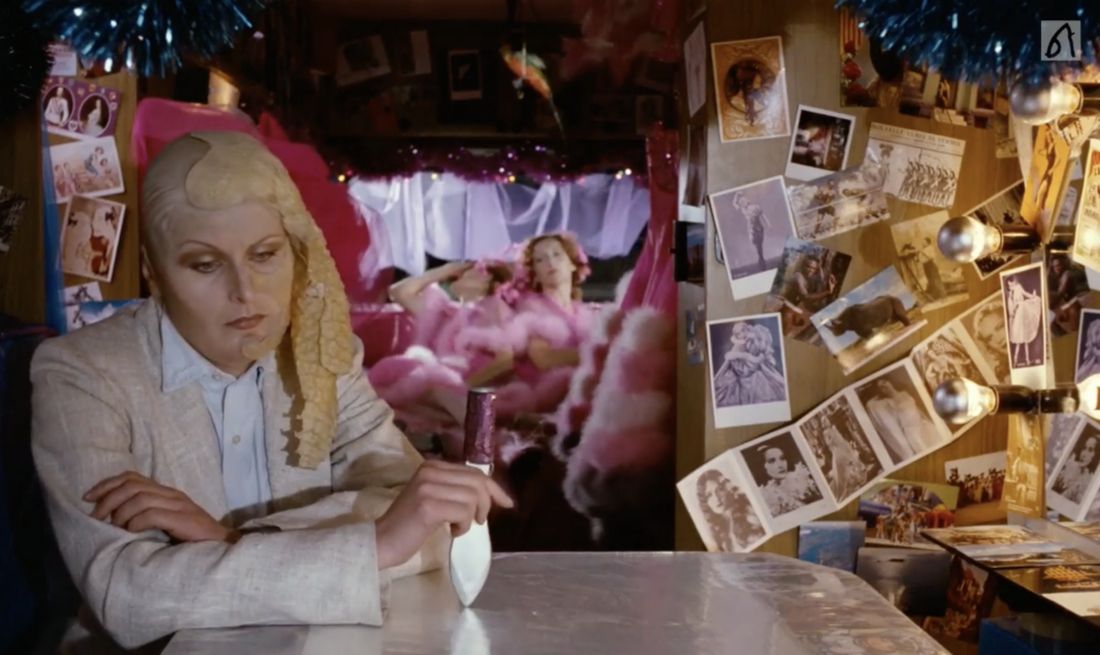 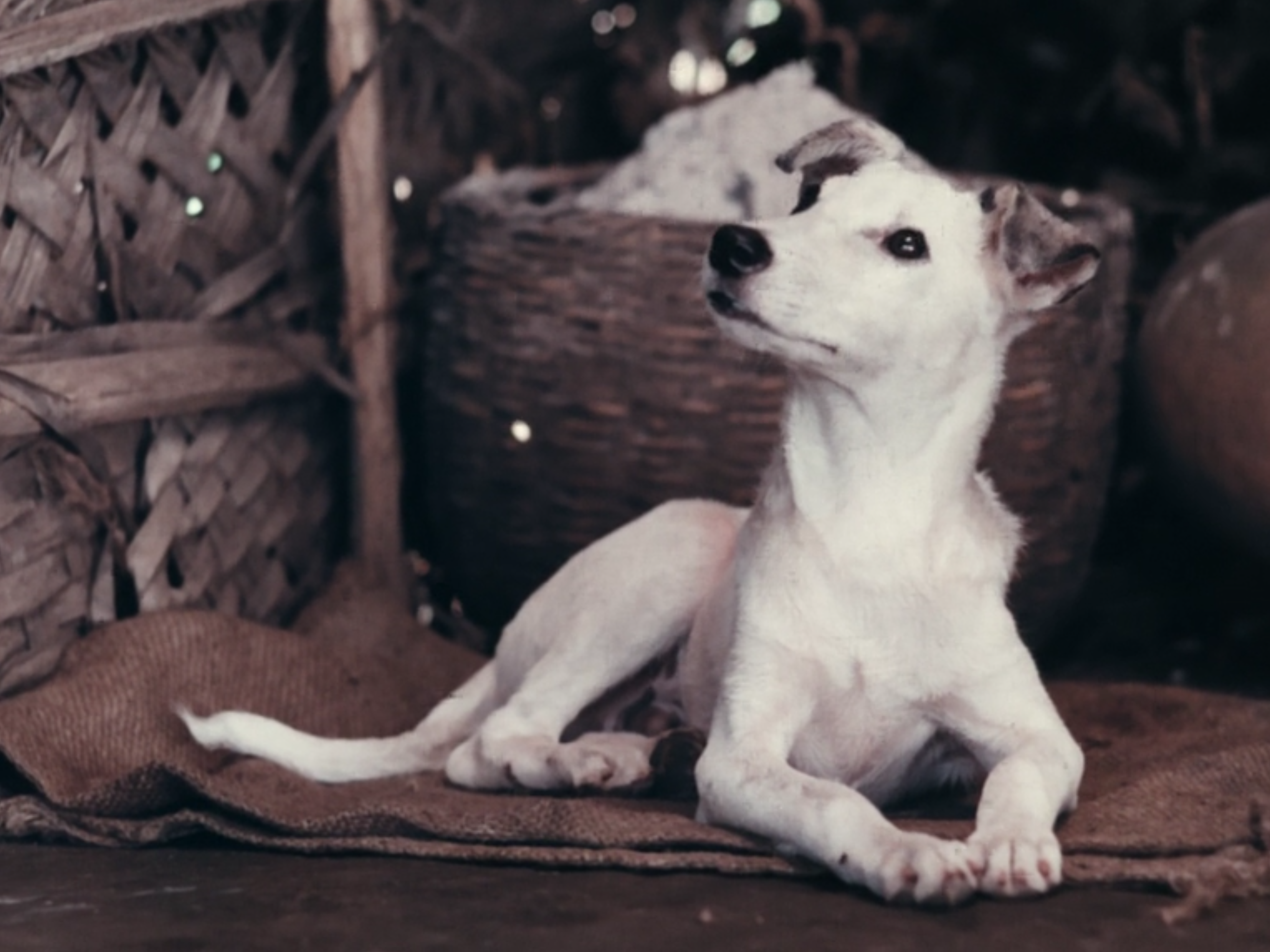 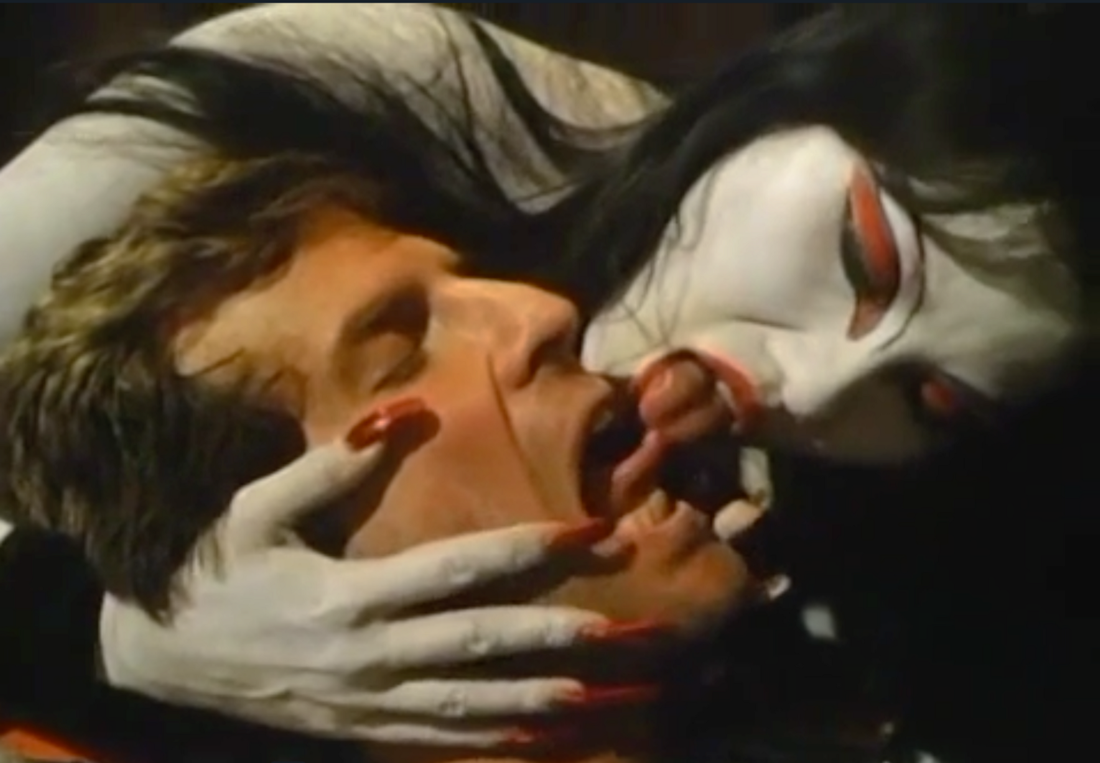