If I were shown Lifeboat and asked who directed it I never would have guessed Alfred Hitchcock. Perhaps it was John Steinbeck’s having written the story and script that made some of the difference, but Lifeboat is an unusual film. For the most part, it was not received well in its time, so much so that Steinbeck petitioned to have his name removed from the credits.

​    The points of contention were the depiction of the nazi soldier and the black passenger. One being too sympathetic and the other being not sympathetic enough. These criticisms, founded or not, are likely only part of why the audiences had a hard time with the movie.
​
Lifeboat was the first of Hitchcock’s experiments with limiting the elements in his films. After Lifeboat would come Rope, Dial M for Murder, and Rear Window, each of which took place on a single set with a small group of actors. However, Lifeboat seems nothing like these other films. All the others are thrillers or mysteries. It is hard to classify Lifeboat. The film is mostly dialogue, the scenery doesn’t change, but it covers a lot of ground. The passengers on the lifeboat are a cross-section of race, gender, class, and nationality and Hitchcock capitalizes on all of these differences to comment on societal tensions, politics, and justice.

Such issues are not typical fare for Hitchcock. Most of his films take for granted a respectable, middle-class, white society untroubled by class or race. Lifeboat embraces these issues, no doubt partly due to Steinbeck. When the crew takes a vote to see which direction to point the boat they let each member of the group vote and when it reaches George, the black passenger, he asks “I get a vote?” There are no direct discussions about race but moments like these raise the issue and display its pertinence.
​
John, the hot-headed member of the working class, continually expresses contempt for the rich passengers. He injects class as an issue into every argument. The obvious issues concerning food, water, and shelter are practically absent. They all take a back seat to the group dynamics of trying to keep everyone on the same page.

The social and political themes are certainly novel for a Hitchcock film but what immediately differentiates Lifeboat from Hitchcock's typical style, is the dialogue. Lifeboat was made in 1944 when microphone technology had advanced enough to allow actors to speak more naturalistically. They could mumble and talk over each other. They did not have to carefully enunciate as they would on a theater stage. This would come to full fruition in productions like Elia Kazan’s Streetcar Named Desire where Marlon Brando could stuff his mouth full of chicken and bellow out invectives against Vivian Leigh without fear of scuttling the dialogue.
​
Lifeboat does not go as far as Streetcar but it is a step in that direction. Hitchcock was an intensely methodical and controlling director who wanted each line of his script delivered clearly, but he also strove for realism. He was the first to show a toilet on screen in the famous bathroom scene in Psycho. Psycho has a very odd tension between concerted efforts at gritty realism, but stilted delivery of dialogue. We see Marion and Sam talking about sex in a cheap hotel but neither of them ever interrupts each other or hesitate in their rhythm. Psycho came out almost 20 years after Lifeboat and yet Lifeboat is far more naturalistic. Characters interrupt each other, talk over each other, and there are even scenes where there is more than one conversation happening at once.

What also distinguishes Lifeboat is the moral ambiguity of its characters. In 1944 film characters tended to fall easily into protagonist and antagonist roles with the notable exception of the noir genre which hid itself away in the b-movie margins. Lifeboat has no moral center, no “good guy.” Each character falls prey to groupthink, prejudice, anger, and anxiety.

Compare Lifeboat to 12 Angry Men which came out in 1957. 12 Angry Men traps a small group of people in a tense situation and like Lifeboat relies on the characters and dialogue to develop the narrative. Henry Fonda is the protagonist and is set up as a pure-hearted working man with the patience and composure of a rabbi, and the down-to-earth common sense of the everyman. Lee Cobb is the Trump supporter I.e. the irascible antagonist unable to see beyond his own bitterness and neurosis.
​
12 Angry Men has a compelling plot and gripping dialogue, but it is far from naturalistic. No matter how pissed off Cobb’s charter gets he never interrupts Fonda’s character. In the space of just a few hours, Cobb’s character manages to psychoanalyze himself, confront the repressed bitterness that has triggered him, and then fall in line with the others. 12 Angry Men may be a great film but its strength does not lie in the verisimilitude of its characters or their interactions.

The stress applied to the passengers in the lifeboat reveals each of their failings and flaws. No one is the protagonist, and even the nazi has more than one dimension to his personality. The film purposely flirts with several possible endings in order to prevent an easy resolution. If everything turns out well in the end it can indirectly affirm or condemn certain characters. In the last 10 minutes of Lifeboat, the film leans toward several different endings leading us to consider how different possible resolutions would cast different meanings on the narrative. In 12 Angry Men justice prevails but in Lifeboat there is no way to render justice from the ruins of what is left. It is a much darker film.

​    Lifeboat is not Hitchcock’s best work, but it sticks out as atypical from his usual style and content. It is certainly atypical for its time. The fact that it was not received well may be indicative of its being a bit ahead of its time or at least ill-timed. America was at war and wars necessarily polarize people. The enemy’s identity has to be collapsed into simple black and white terms. He must be stereotyped and dehumanized in order to allow for his destruction. A morally ambiguous film like Lifeboat that relies on fully rendered characters motivated by a diverse spectrum of complex problems may simply have been too far out of the mainstream to be appreciated.
​
In a time of crisis people often look for heroic leaders to save the day but Lifeboat simply does not offer one. At best it allows for solidarity by placing us all in the same boat.

If you enjoyed this article you might also enjoy
www.filmofileshideout.com/archives/favorite-scenes-no7-a-streetcar-named-desire 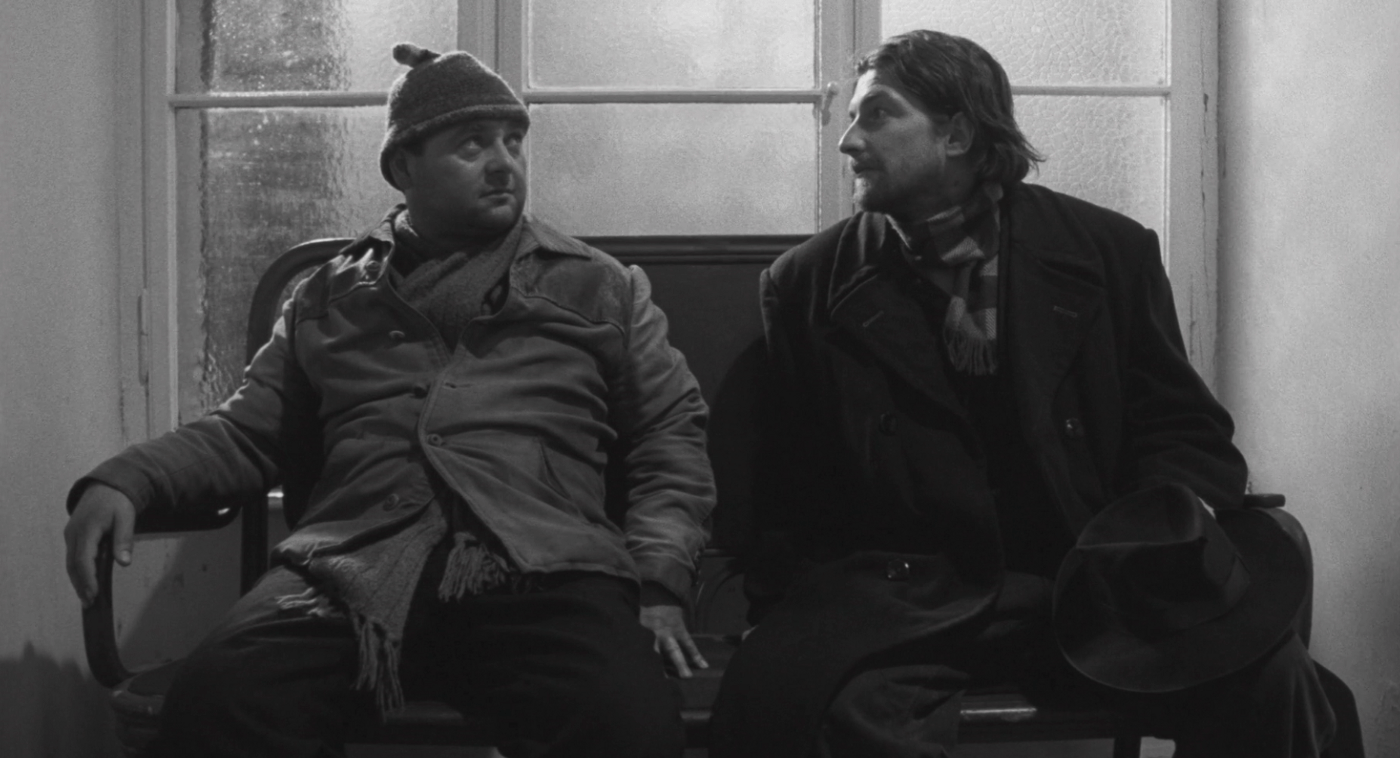 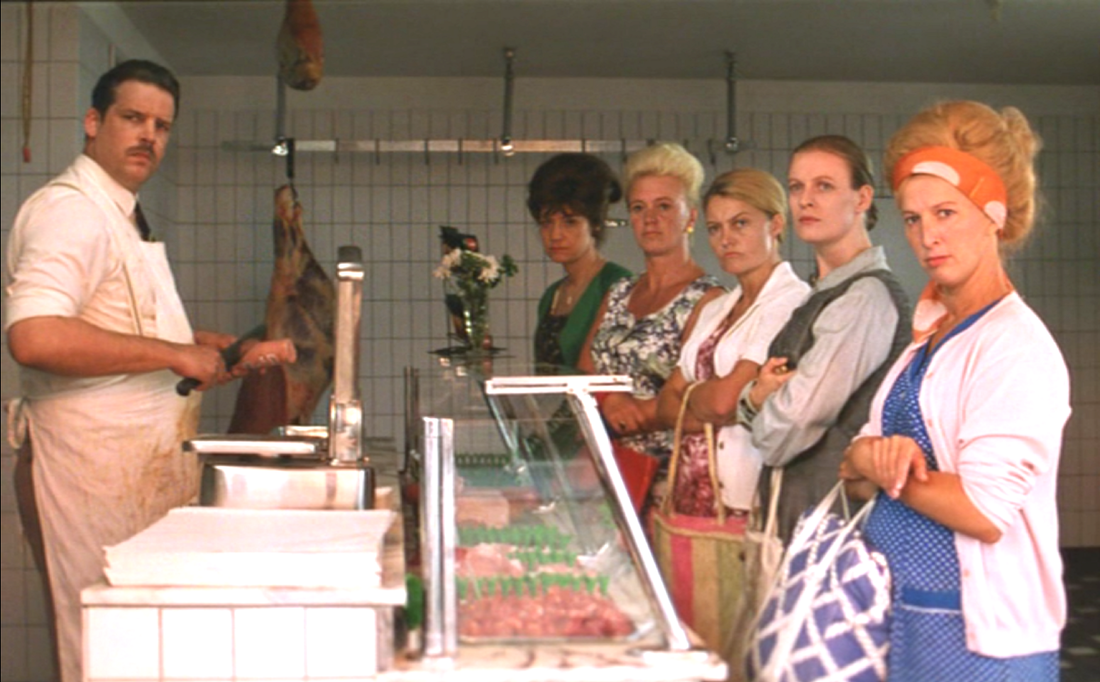