Akira Kurosawa made Rashomon in 1950. The world of Rashomon is a tense chess game played by three characters. The game is less about strategy and more about positioning. Each person is trying to get the upper hand, both during the event as it transpires, as well as afterward when they retell their story. All three players are cheating.

Amidst the tangle of unreliable narratives there is a scene where things turn shockingly dark. Tojomoru the thief has just raped the samurai’s wife and he is hurrying off with her as his prize. As he runs he drags her behind him by her wrist. She stumbles after him but suddenly halts. Tojomoro is yanked to a stop when she unexpectedly digs in her heels. She turns back to glare at her husband, who sits tied to a stump.

She boldly thrusts out a pointed finger at the samurai and without taking her eyes off him she calls to Tojomoro “Please Kill him!” She steps back and crouches behind Tojomorou’s sweaty shoulder and repeats her demand “Please Kill him!” She seems to curl up and hide behind her new lover’s lawless bravado. Her fingers kneed his bare skin. She crouches slightly and narrows her eyes. She is hiding from her husband, but also hiding from the cruel audacity of her command, as if she doesn’t want to be seen making it.
​
Everything immediately changes. The game is now completely different. Her behavior had been predictable up to this point. She tried to escape, she resisted the rape, and cried pitifully at her powerlessness, but now she spins around and calls for her husband’s execution. Its a shocking turn of the tables. The audience has to reorient itself as the relationship between the chess pieces shifts.

Part of the genius of Rashomon is that we the audience continually forget to doubt what we are witnessing. The medium of film and our inherent trust of our eyes keeps making us forget to distrust what we see. Closer to the end of the film we begin to get the hang of it, but Kurosawa continually draws us in over our heads where we forget to be suspicious.

When Masako calls for her husband’s execution she reveals something that might have stayed hidden for the rest of her life. Hidden even from herself. The life of a samurai’s wife can be stifling. The required formality and restraint, the constant deference to men and to higher ranking individuals, and all the propriety, could all be a suffocating burden. The trauma of the rape has broken the facade and brought something deep inside her to the surface. Something raw and less civilized. Now defiled she has nothing to lose. They are far away from the world of law and order, deep in a wild forest under a burning sun.

With nothing to lose she is willing to make a desperate gamble. She uses Tojomoro’s selfish, audacity as inspiration for taking hold of her life and expressing her will. Her sudden transformation foreshadows even more discoveries about her character that are yet to come.

Our surprise is partly due to our own expectations of the stereotypical female characters that populate Japanese, period films. We mistakenly believe that she must be genteel and submissive, that she is just a one dimensional supporting character who’s purpose is to fill out the scene for the true stars, the male characters. This whole convention is swept aside as soon as she demands her husband’s death. It is her entrance into the chess game as a free and independent agent with her own plans and motivations.
​
She makes her move and now the men must make theirs in response. The men’s options have changed now that the third point in the triangle has come to life. Not only this but now, with her demand, the stakes have risen. The game is now deadly.

If you enjoyed this article click here for more
www.filmofileshideout.com/archives/favorite-scenes-no9-ran 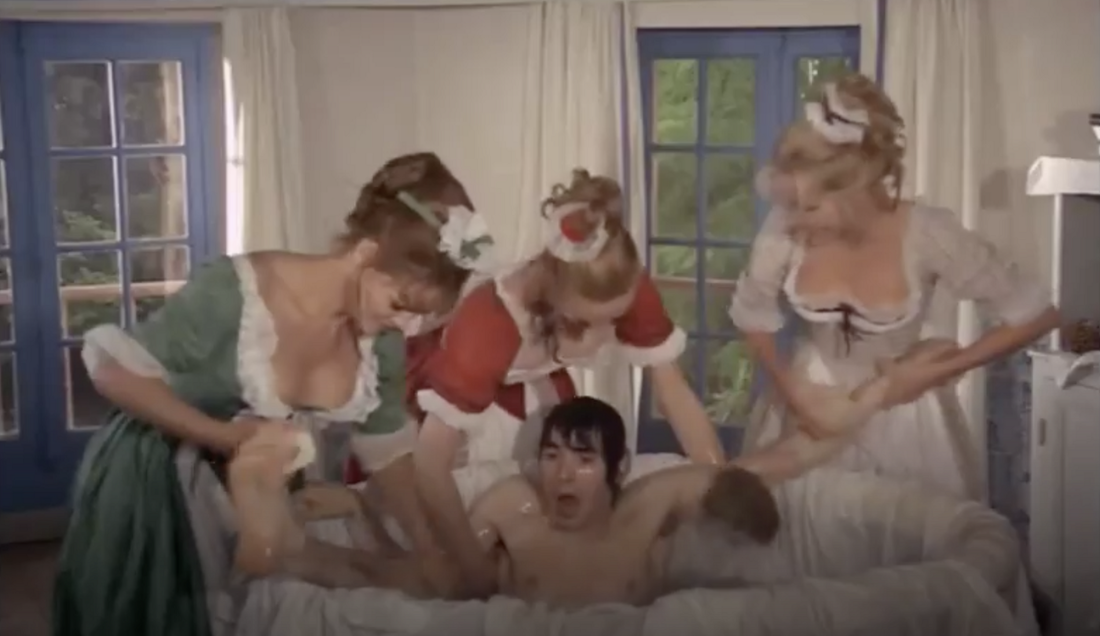