Voyage To The Prehistoric Planet was originally made in The Soviet Union by Pavel Klushantsev. Somehow B-movie Icon, Roger Coreman, got a hold of it and decided to repackage it for an American release. Corman had the film reedited, added a few scenes with Basil Rathbone, and tacked on some fake opening credits to make it look like it was an American production. He couldn’t very well let the commies take the credit.

Voyage To The Prehistoric Planet is better than most of Corman’s science fiction endeavors. Corman tends to light movies as if they take place in a doctors office, with flat, even, lighting that just sucks the life out of everything. Lastly Corman films never deliver much of what you came for. There aren’t enough aliens, or blood, or high tech gizmos, its mostly dialogue and cheaply made space sets. Half of every Corman film usually consists of watching four or five male astronauts sexually harass a female astronaut. Corman never seems to tire of this, but you can only roll your eyes so many times before they start to hurt.

​Fortunately The Soviets put a little more effort into their production. Perhaps their dedication to the proletariate masses guided them to greatness by helping them ignore the bourgeois temptations of box-office ticket sales, or maybe it was just that they had a whole lot of smoke machines, more than any country should have. Perhaps, unbeknownst to the American public the USSR and The USA were not only in a space race, and arms race but were actually in a fog machine race. From the looks of this film The Soviets were winning. The entirety of Voyage To The Prehistoric Planet is so smokey you never really see the whole of anything. This actually contributes to a wonderful sense of atmosphere in the film. The print I watched had a pinkish caste for most of the film, and a few places where everything turned blue. Between the weird color shifts, the foggy sets, and a the muddy recording of a theremin it all come together to give the film a unique, dreamlike feel. The theremin was invented by Lev Sergeyevich Termen, a Russki, one point USSR, but he immigrated to The USA, so one point USA.

The opening credits contribute to this special atmosphere as well. The the white text is set in front of painted backgrounds that look like Max Ernst paintings.

The film is set in the distant future of 2020 where we join a mission to explore Venus. Venus was chosen for exploration, it is explained, because it is so much like our own Earth. I suppose Venus is quite bit like Earth if you set aside that Venus is around 800 degrees on the surface and it constantly rains sulfuric acid from the sky. Its atmosphere is completely devoid of any oxygen and exerts almost 100 times the pressure of our own atmosphere, but beside these minor inconveniences you would hardly know you ever left home.

The dreamy quality of Voyage To The Prehistoric Planet stems from more than just the smoke and color. There are quite a few tight shots and talking heads making it difficult to know who is where. People appear and then we cut somewhere else, and other people appear, it’s hard to follow. In addition the wooden acting, which usually is just annoying to sit through, feels a little uncanny in Voyage To The Prehistoric Planet, as if it indicates a level of unreality. I am surely reading more into the film than is there, but I find that at least for me, a sense of atmosphere goes a very long way. If a film has a palpable feel to it, it lends everything a certain depth and interest. In between scenes the film fades to a brilliant saturated red screen and then fades in to the next scene. Maybe its just a weird attempt at communist indoctrination. Whatever the reasons for its being there it makes the whole film feel a little dangerous and strange.
​
By comparing the two stills below you can see the difference in approach between Corman and Klushantsev. On the left is a still from a scene shot by Corman and inserted into the film. Note the even lighting, level camera, and straight forward composition. On the right is a still from Klushantsev’s portion of the film. The spot light, the shallow focus, the warmer colors make it far more interesting.

Voyage To The Prehistoric Planet came out in 1965 four years before The Soviet Union launched an actual probe to Venus. They were warned that the plan was not a good idea but perhaps the Soviet scientists had seen Voyage To The Prehistoric Planet and decided not to heed the council of other scientists. The probe was crushed before it even reached the ground, but if the movie is to be believed it may well have been a giant pterodactyl that destroyed it. Anyway, I found some fun shots of Soviet scientists preparing the probe. I’m not sure why one of them is hitting it but it seems like a very Russian thing to do.

As you might have expected, when our courageous crew land safely on Venus, sans crushing, they find the planet inhabited by lots of dinosaurs just as the movie title implies. There are carnivorous plants too, but sadly nobody gets eaten by either the flora or fauna. Actually there is vey little violence or gore in the film as a whole. There is a guy who tears his space suit and risks slowly dying from lack of oxygen. His tragic descent into delirium is a highlight of the film due to two particularly fun bits of dialogue. There is the sturdy “Must, keep, moving” trope delivered in halting, strained speech. It is later followed by the much less expected, “Must continue to work the laws of mathematics, there’s always a precise probability mathematics might prove, mathematics might prove… uh.” He is eventually saved by the mission’s robot who’s seems to have a lower half inspired by Kim Kardashian.

There are no sexy, Venusian cave girls in fur bikinis, but this wasn’t filmed in LA. Neither is there a Captain Kirk speech informing the Venusians that they need to live according to American ideals. This is a Soviet film. With The Space Race, The Arms Race and The Fog Machine Race all raging at once there was no time for decadent sex and narcissism. There was just enough time for a few dinosaurs, a robot with some junk in the trunk, and a whole lot of fog. 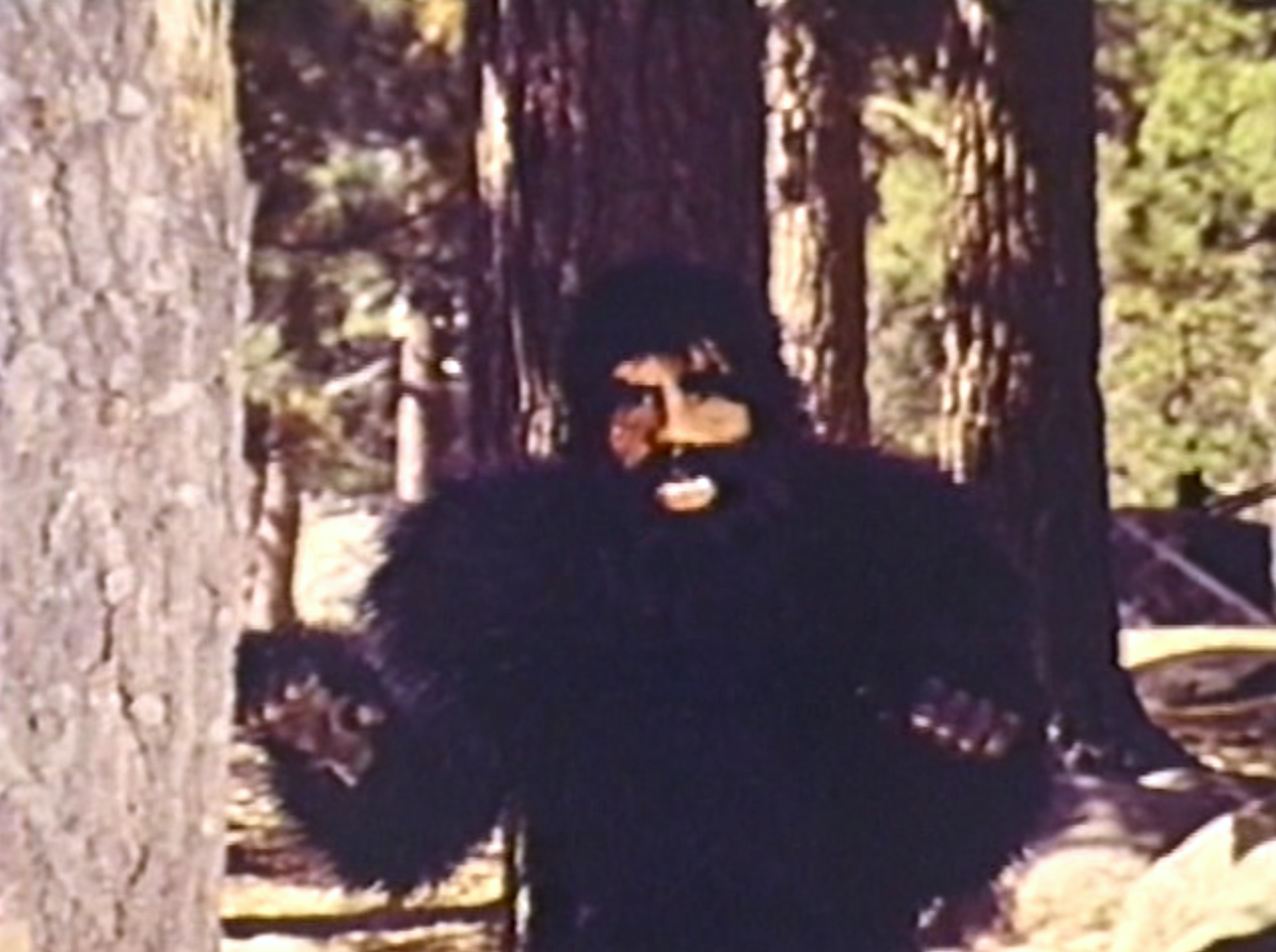 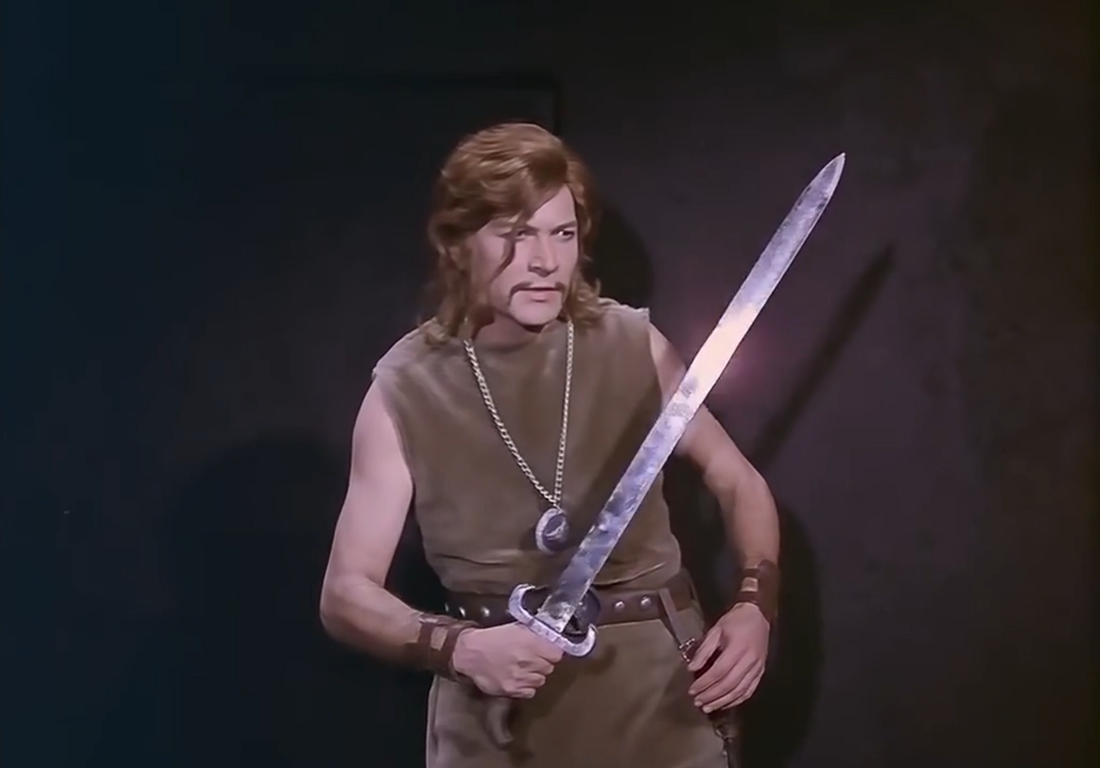 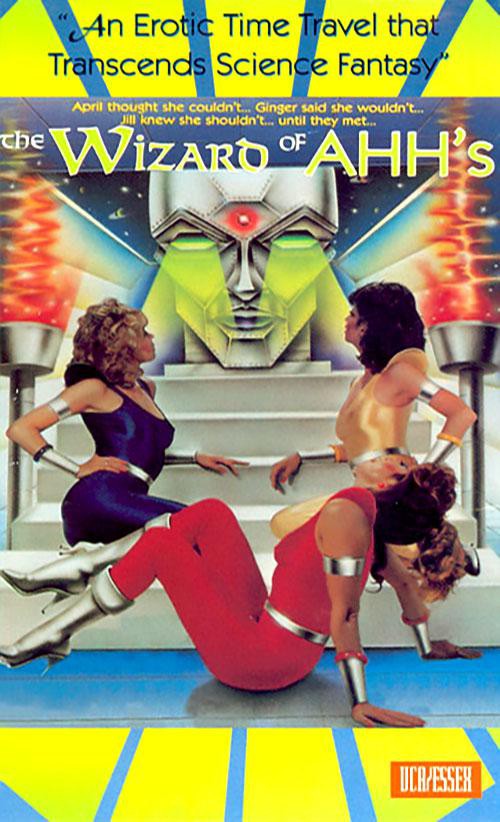