The Zoological Existentialism of Domestic

If you look up the credits for Adrian Sitaru’s film Domestic in The Internet Movie Data Base the seven leading actors and actresses are listed first, followed by the animals that appear in the film. The listing indicates that the cat was played by “self” and the rabbit was played by “self” etc. It goes on to credit the whole menagerie of animals that appear in the film in the same way. This humorous gesture is consistent with how the film presents itself. Domestic is a comedy, but a comedy about existentialism as seen through domestic animals.

The cat did not “play” the cat. A cat is always a cat. Unlike humans, it cannot pretend to be a different cat, it can only be itself. It does not know that the actor holding it is pretending to be its owner. It does not know that its real owner is its owner. It has no concept of being owned. It has no concept of the role it plays in its household. Its owner imbues the cat’s movements and habits with meaning and creates a lopsided relationship where the owner cares deeply about the cat, and the cat is only marginally attached to the owner.

In the film some of the animal characters have names but the credits ignore that. The cat is named tzitzi. The cat that “played” tzizii most likely had its own name. The credits could have used the animal’s real names followed by their character’s name just as they did with the actors, but Sitaru chose to create a funny sort of tautology that underscores the strange questions that comparing our existence to the existence of animals brings up.
​
Domestic is a Romanian production made in 2012. In many ways, it is “an actor’s film.” The dialogue is rapid-fire, where the characters interrupt and speak over each other. The lines, the blocking, the energy are masterful. The actors are so compelling the camera hardly needs to move at all. The scenes mostly take place in cramped, lower-middle-class apartments in a high-rise. The camera shots may be static but they carefully frame and contain the action. The compositions are all relatively tight giving the actors very little room to move laterally, but the shoots often include a doorway or backroom allowing the actors to split off into the background.

There is a scene with a chicken that comes early on in the film that is a tour-de-force of acting, timing, and craftsmanship. The mother brings home a live chicken for dinner and the family can’t decide who will kill it. It’s funny, it’s tense, it’s fast, it’s a little bit Monty Python, a little bit Happiness, a little bit Delicatessen, and a little bit Songs From The Second Floor.

Domestic examines our relationship to domestic animals, both the ones we keep as pets and the ones we eat. It is not a vegan inspired attempt to address injustices, it is a satirical exploration of how the animals we have domesticated reveal our uneasy relationship to death, love, and loss.

By definition domestic animals are human creations. Dogs and chickens would not exist without our selectively breeding them, but we too are domesticated. We are not “wild-caught” or “free-range” homo-sapiens. We are the farm-raised people of society, bred en masse and stored in drywall cages stacked one on top of the other.
​
We are invited into these apartment/cages to observe these domesticated humans and all the trouble they cause for each other. The difficulty raising their young, the territorial feuds, and the mated pairs that can’t seem to communicate. They are an absurd bunch of perpetually agitated creatures that never seem satisfied. It was Erich Fromm who insightfully explained, “Man is the only animal for whom his own existence is a problem which he has to solve.

In another carefully crafted scene, Sitaru gives his spin to a device that Bergman used in The Seventh Seal. Throughout The Seventh Seal Bergman shows us collisions of life and death. In a scene at an inn, we see a live pig walking around by a keg of beer. The camera rests on the pig for a moment and then pans over without an edit to a different pig roasting on a spit over the fire. It is not part of the main action on screen but it is one of many background references to the theme of mortality.

Sitaru’s version features a bickering couple in the kitchen. The husband is hunched over his bowl of soup and the wife is cutting up a chicken in the foreground.

Then the couple is interrupted by their son who enters the room with a live pigeon he has caught and wants to keep as a pet.
​
In Sitaru’s version, the camera remains still but the animals float freely between life, death, and birth. In both films, the purpose of life is brought into question. Is a pigeon a wild animal to be left alone? Is it a pet to be loved, or is it food to be eaten? This then reflects back on us and the ambiguity of our own purpose. Primitive humans hunted, killed, and ate gazelle. Why? So we would have enough energy to hunt, kill and eat another gazelle the next day. It may seem pointless or meaningless but primitive humans weren’t concerned with existentialism. Primitive humans, like the animals in Domestic, were just being themselves. 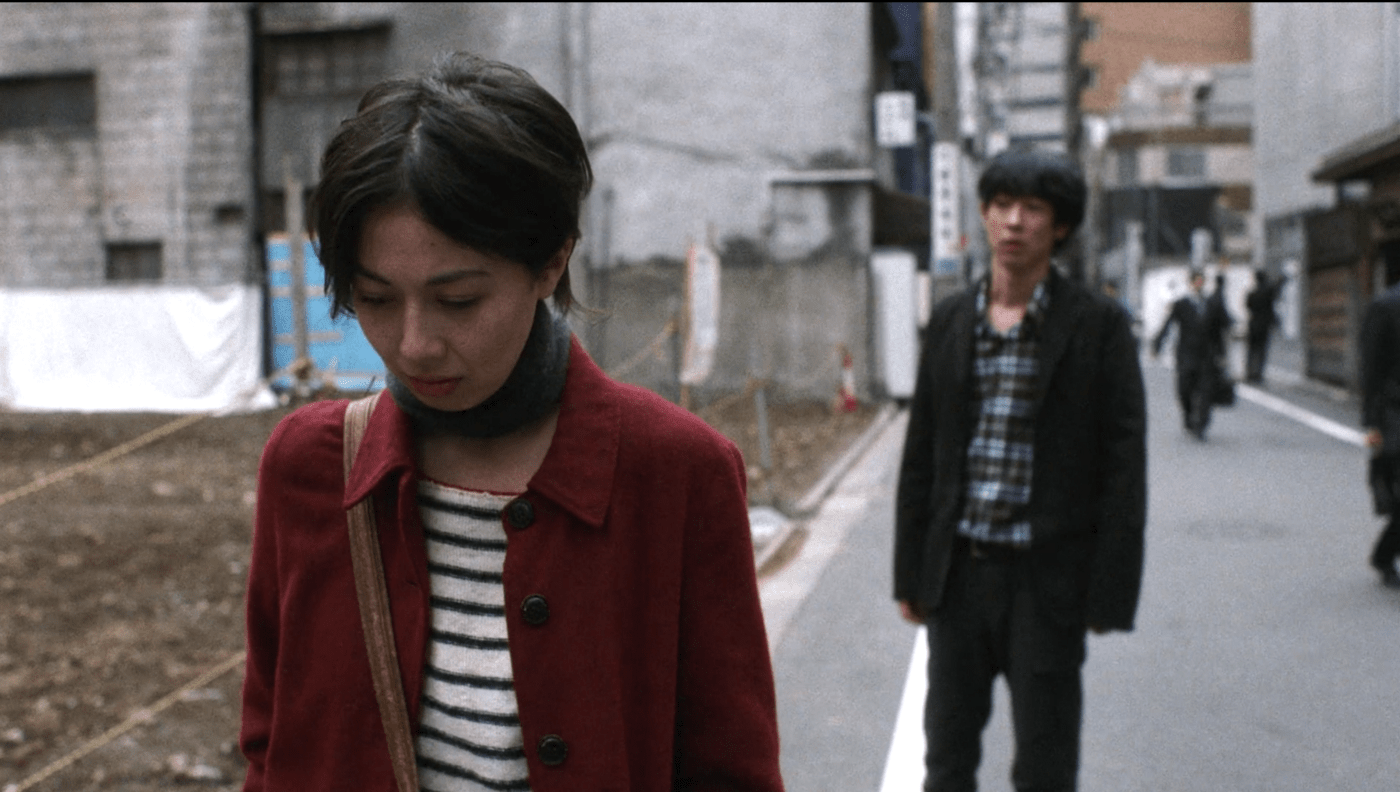 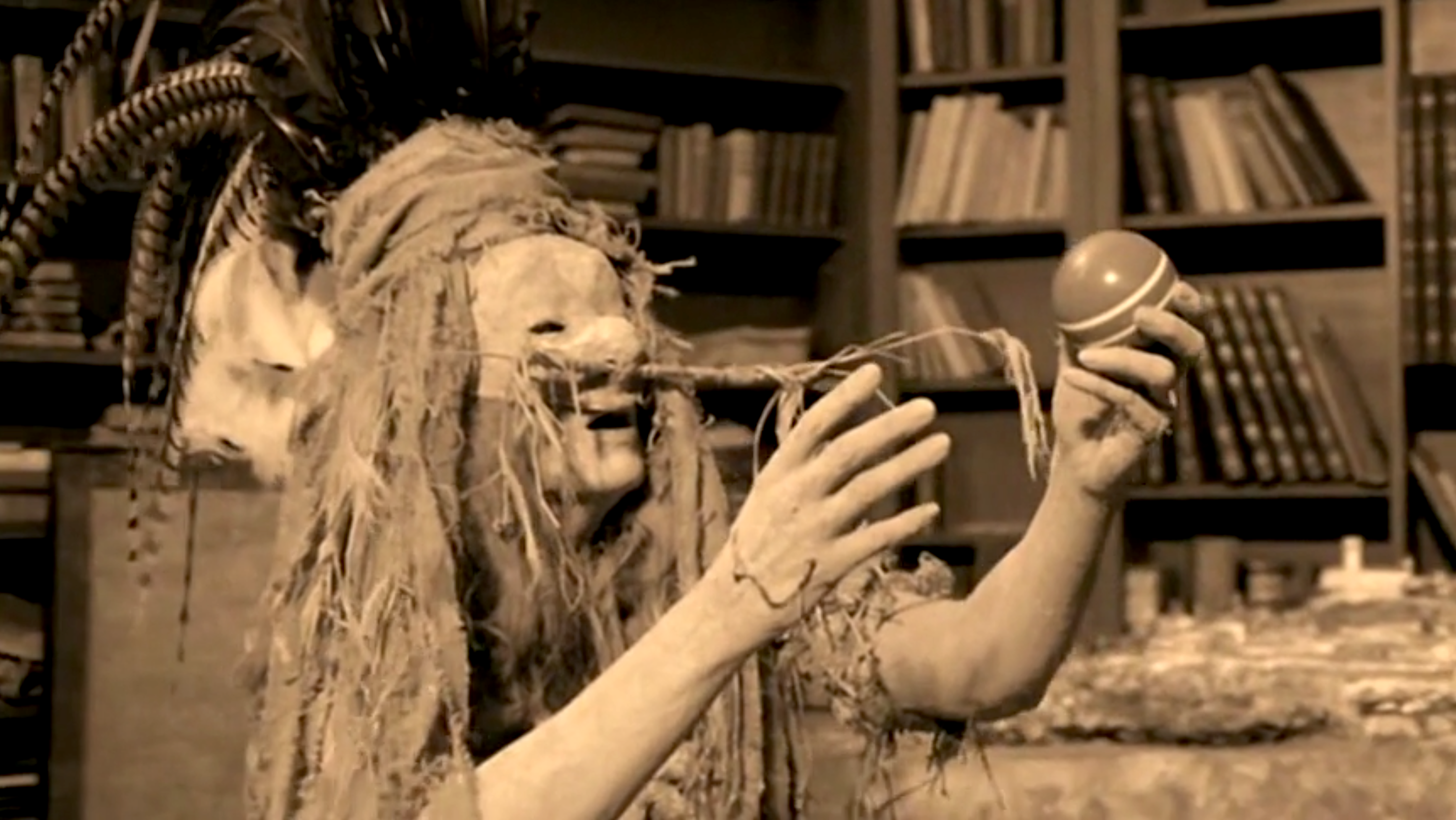