When trafficking in the unpredictable world of obscure, low-budget, trash, one slogs through the muck in hopes of finding a film like The Wizard’s Curse. The movie is a category 3 fantasy thriller from Thailand via Hong Kong. The category system is south Asia’s rating system, and category three is the most permissive. It is not equivalent to x it’s more like a hard R.
​
The film is just one in a large, formulaic genre of black magic meets kung fu meets Taoism films. As a whole, the genre has very few redeeming qualities but if paced briskly such a movie can provide a nonstop cornucopia of over-the-top action bizarre supernatural happenings, and almost always some jokes about urine.

Taoism is usually the driving force that both fuels the protagonist and antagonist. Through the Tao, both are able to perform dramatic feats of magic which almost always involve primitive glowing animation effects, blue lights, and a giant battery of smoke machines working overtime.

Why bother to watch such junk? Let me describe the first 5 minutes of The Wizard’s Curse. We open with a couple having very energetic sex, or at least performing something that resembles sex if you had never seen it before. The woman is on top and is screaming, panting, and flailing around as if she is being attacked by a swarm of bees. As the couple goes at it a squad of police surrounds the house. The copulating couple hears the cops outside and so they assume a strange kind of wheelbarrow position and then explode. Glass and plaster fly everywhere and the souls of the amorous couple burst forth from the fray in the form of badly animated neon blue swirls that look like someone took a highlighter to the film stock. Deep in the forest they turn back into human form but are confronted by a Taoist priest who uses magic and some bullets soaked in the blood of a black dog to kill them.

Then we cut to a darkly lit evil lair where an evil Taoist priest resurrects them by having his acolytes mix the sperm of 99 satyrs and “And the blood of 99 bitches’ periods.” Watching them pour the stuff in a giant stone bowl is particularly unpleasant. I am not that familiar with Satyr semen but what was being poured into the bowl was very lumpy. The magic works and the evil couple returns but in one body. The front is the woman and the back is the man, or maybe the front is the man and the back is the woman. Maybe there is some kind of gender studies thesis waiting to be written about the film. They could start with what the priest means by 99 bitches. It could be referring to female dog blood, or perhaps it’s an oblique reference to Jay-z’s problems.

Whatever it all means that is just the first five minutes. Oh, wait! Then the undead, hermaphroditic apparition kills the priest by impaling him on his/her four-foot-long neon blue penis.

Sex, or some kind of perverse 11 years old’s idea of sex, is a theme in the film. After all the excitement of the opening five minutes, the film suddenly switched gears and becomes a teenage sex romp like Fast Times At Ridgemont High or American Pie. The Taoist priest who helped the cops storm the evil couple’s house has a beautiful young daughter who is training to be a doctor. The priest is very protective of her and uses magic to curse all her suitors. In one scene he causes a suitor to confess his life history to her. Here is his testimony, “I love self-abuse, Also I love peeping. I love my Dad madly! I indecently assaulted an old woman at 10, paid hookers at 12, I got a venereal disease at 13. I love wearing lady’s underwear! I love cunnilingus! Every girl I court, I get one of her hairs for my sweater.” He then holds up a large black sweater. If each hair in the sweater represents only one woman that would equate to quite a busy sex life. Actually, I think he was modeled on Dudley Moore’s character from Foul Play.

Pubic sweaters aside the Taoist priest’s hair situation is intriguing. If you will please consult the film still below you will notice something is up with his eyebrows. I’m guessing the production manager bought three sets of fake facial hair for three days of shooting but an intern took all the hair out of the different packages and got them tangled up. When it was time to shoot all they could salvage were three mustaches, so they went with what they had.

The film swings back and forth between sex romp and fantasy horror thing and sometimes blends the two. The evil dual-gendered creature (who never bothers to explain which pronouns it prefers) uses its enormous, and sometimes spiked, penis to smash stuff and strangle people. Of course, it can’t rival the scene in the blaxploitation classic Welcome Home Brother Charles, when Charlie uses his enormous brown member to strangle a crooked, white cop. The film is horrible but that scene should be in every film history book.
​
The Wizard’s Curse has a strange subtext having something to do with religion. The Taoist priest’s daughter, Lam Siu-Ting, is Catholic and is dismissive of all her Dad’s powers and predictions, but when she becomes the target of the creature, or “the bisexual monster” as she calls it, she must rely on his knowledge and power. At one point she and her dad go to the police and they all end up arguing about spiritual powers. The policeman believes he is protected by Buddhist gods, but the priest explains that Buddhism is a foreign religion from India and its gods won’t know anything about the monster or how to defeat it because the monster was created in Thailand. I guess it kinda makes sense in a xenophobic kind of way.

In one scene a woman is killed when the monster makes her statue of a Zhongli Quan explode and all the shards rip into her face. You don’t see that every day. The sequence is quite colorful as illustrated below.

Zhongli Quan is one of the 8 Taoist immortals. He’s more a venerated hero than a god, but he is on the altar along with Buddha and some incense. The Eastern religions blend easily. The ideology can be very different but a Chinese person may well have a Taoist wedding and Buddhist funeral. Here in the west Christians, Muslims, and Jews all share the same book and pretty much the same beliefs but are so myopic and dogmatic they can not tolerate each other.

There is no point in relaying the ludicrous plot but the sex romp and the horror movie get increasingly indistinguishable until Lam Siu-Ting has to have sex with a policeman who suffers from priapism. For some reason, their union will enable them to destroy the monster.
​
The monster stomps around in a black leather biker’s get-up covered in metal studs. Of course, sometimes he is a she dressed in the same get-up, but tailored for her curves. The film addresses the fact that they inhabit the same body through a variety of tricks, but the best is when an arm, or head, or a glowing penis pops out of some part of his/her body and wiggles around or bites somebody in the face. The creature subsists on brains, so there is a lot of head biting.

If you enjoyed this article click here for more
​www.filmofileshideout.com/archives/the-glory-that-is-child-of-peach 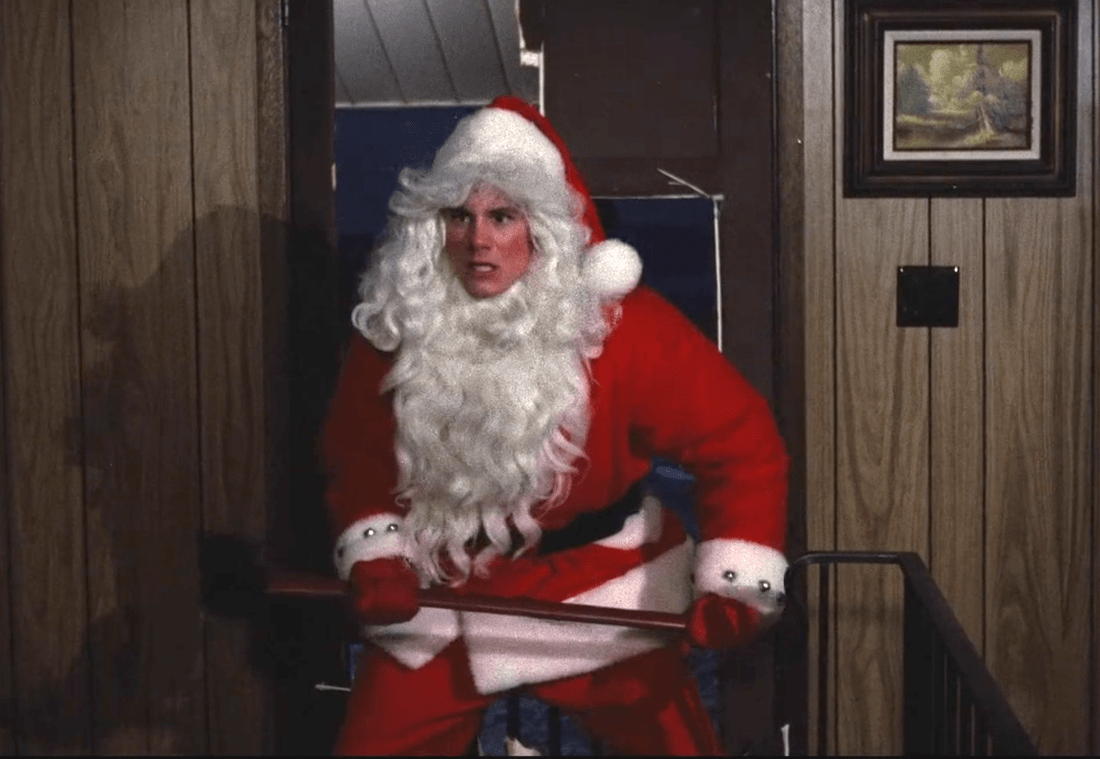 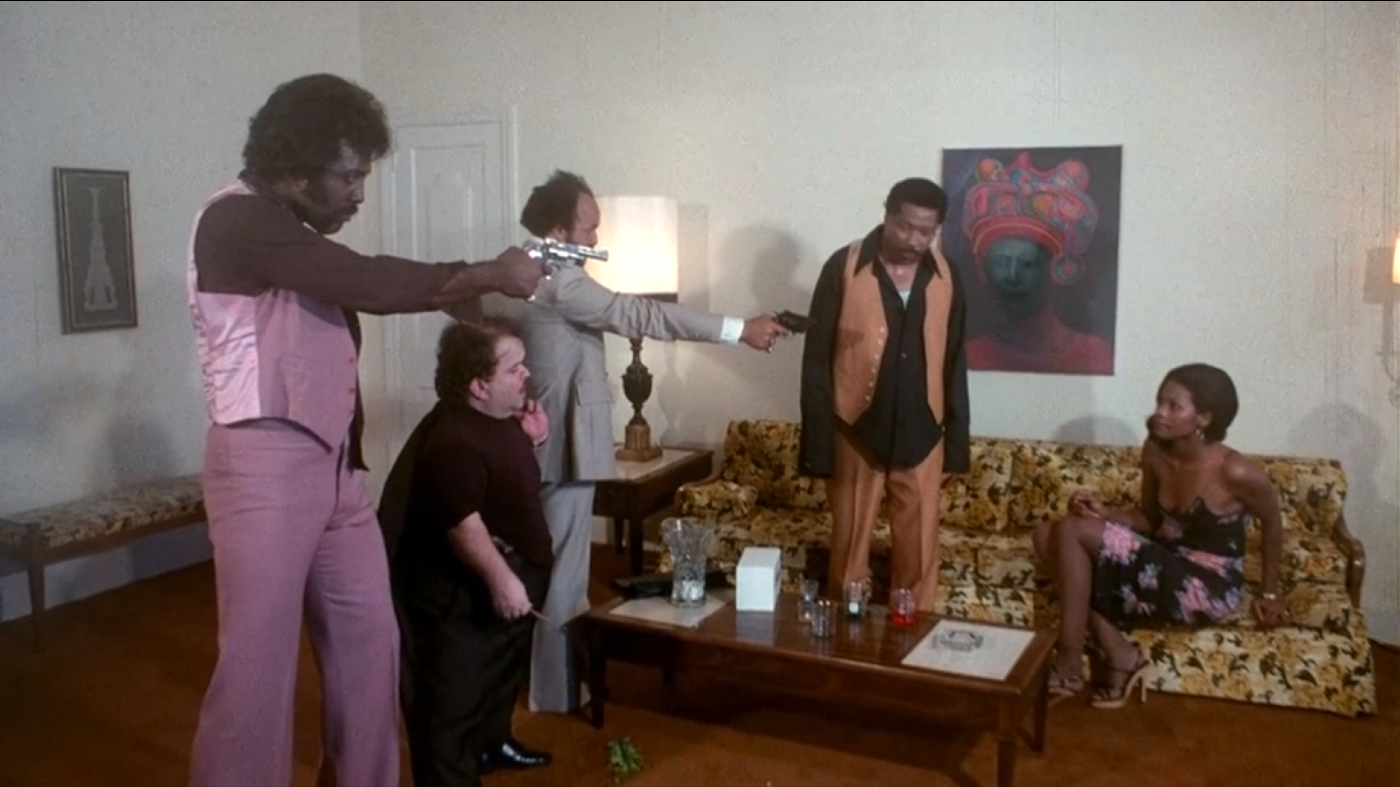 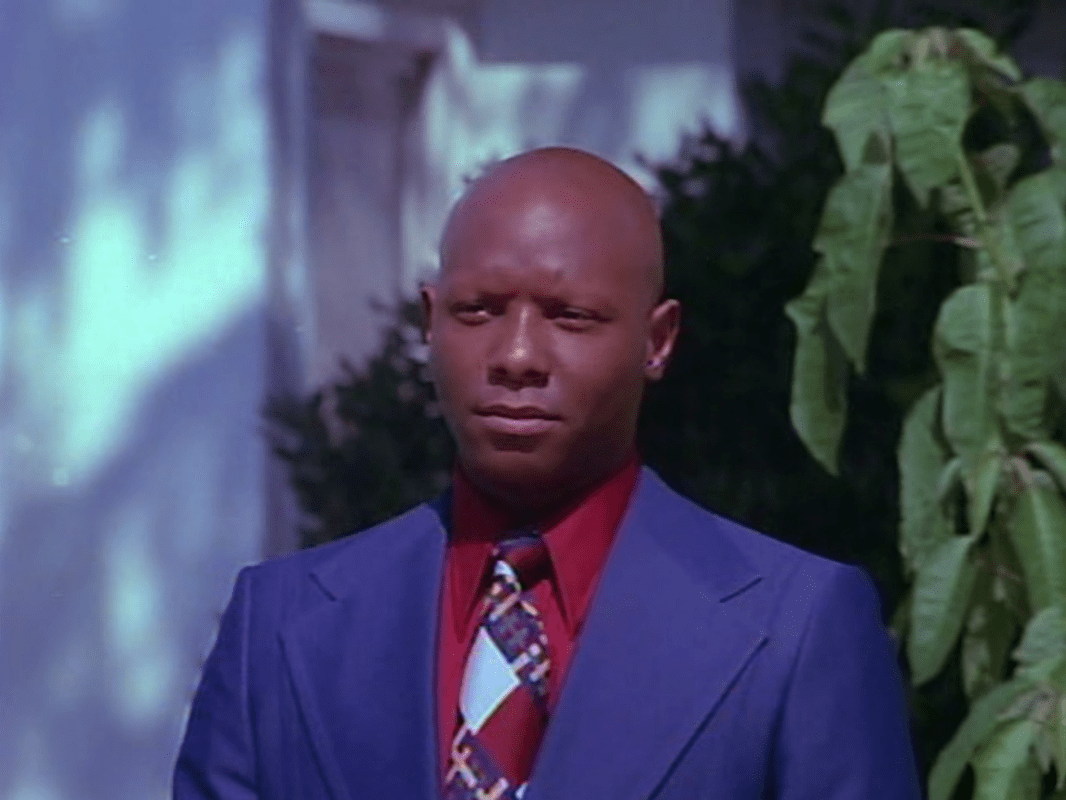