The Use of Pastiche in Da 5 Bloods

In his book The Signifying Monkey, Henry Louis Gates Jr. describes a practice that he saw as common in black culture. At its simplest it comes down to saying one thing and meaning another. For example When Peggy Lee, a white woman, sings “The Man I Love” it is a romantic song about hope and love. When Billie Holiday, a black woman, sings it, the song is pure tragedy. The words are the same but their presentation, as well as their context, changes their meaning. It is interesting to note that the song was originally written by George Gershwin who was Jewish. He was trying to write a song that would sound like the black singers who originated the blues form and style. Then again the blues style was made from a hybrid of christian hymns, white country music, and African traditions. Its an endless regression that will never result in a purely discrete entity or cause.

Such is the situation that Spike Lee creates in his 2020 film Da 5 Bloods. For better or for worse Lee opens up a can of worms so large and so tangled it is impossible to navigate. It takes courage to open such a can, especially now, but in interviews Lee is ecstatic about the serendipitous timing of his film’s release.

Lee presents his audience with a series of pastiches from the history of film, popular culture and politics. Each pastiche is both a sincere effort to make a statement as well as a post-modern quotation that reveals the artificial nature of what he is doing. This has always been Lee’s forte. Many of his films incorporate a stagey, awkward, atmosphere that feels uncomfortably artificial, but serves to indicate an awareness of a larger context that relates to what is on screen.

The central reference for Da 5 Bloods is Francis Ford Coppola’s Apocalypse Now. Lee announces Coppola’s presence with a big advertising banner for Apocalypse Now in several shots. He goes on to refer to the film throughout Da 5 Bloods. He quotes the famous tiger scene but this time its with gibbons. He references the dinner scene with the French plantation owners but now its with the daughter of a French plantation owner in a bar over a beer. Lee even plays Wagner’s The Ride of The Valkyries while we watch our protagonists ride a boat up river.
​
Wagner wrote The Ride of The Valkyries for his four opera, 15 hour ring cycle. The Ride of The Valkyries was a triumphant ode to a group of fierce, warrior, women Wagner had lifted from Norse Mythology. It was part of white supremacist vision of purity and strength. Copola coopted it, and made it an absurd anthem that revealed the kind of depravity and twisted horror that resulted from men who had lost their humanity. In his film we are made to watch the murder of innocent Vietnamese peasants while heroic music ennobles the atrocity. It is not an ironic use of the song, but a decontextualization that reveals something base about both the soldiers in the film and perhaps even the horror that is inherent in the original aria.

Wagner wrote it in 1887 and 92 years later Copola coopted it. 41 years after Copola, Lee quoted it again in Da 5 Bloods. When Lee uses it is surely meant to be comical. Lee is pushing his cooption over the top by making it blatant. He of course is not the first to coop Copola’s use of the song. The Blues Brothers seems to coop both Wagner and Copola at the same time by having Jake and Elwood chase a neo-nazi around the streets of Chicago while The Ride of The Valkyries plays.
​
There are times when all these references and quotations can be disorienting. Lee’s film can sometimes feel disjointed, as if it is headed in too many directions at once. It depends on how much priority you want to give to the actual narrative. The plot in Da 5 Bloods is mostly a scaffold on which Lee hangs more complex ideas. Even the flash back war scenes become a vehicle to refer to something else. As soon as we see the protagonists’ memories of battle the film’s visuals switch to the appearance of a video game. The color saturation is intensified, the contrast is heightened and the lens gets very wide. Blood spatters are done with cheap CGI and we get a lot of first person POV as if we are in a first person shooter game. Lee never misses an opportunity to point outside the confines of the film. When it works it enriches the experience when it doesn’t it becomes a distracting change of direction.

​Near the end of the film Delroy Lindo’s Paul transforms into Marlon Brando’s Colonel Kurts who in turn is a transformation of Chief Kurtz from Joseph Conrad’s 1902 novel Heart of Darkness. In Lee’s film Marlon Bando’s shaved head dripping with water is replaced by Delroy Lindo’s shaved head capped in a “Make America Great Again” hat. The Kurtzes of both Conrad and Copola have little in common with Trump other than their all sharing a pathological narcism. The Kurtzes are men of great accomplishments and genius that have let their exceptional gifts delude them into believing they are above morality. Despite their delusions they are still able to offer keen insight into the human condition. Perhaps for Lee the fact that all three men, the two Kurtz’s and Trump, are all mentally ill is enough to conflate them, but the MAGA hat is another layer that reaches out in yet another direction.
Isiah Whitlock Jr. who played Melvin had previously played the role of Clay Davis on the hit television series The Wire. Davis was a corrupt mayor who used profanity behind closed doors. His famous tag line was a long drawn out “shiiiiiiiiiiit.” Apparently Lee wanted to reference this in Da 5 Bloods. Its a very strange idea. Lee is seeking to bring an entirely separate character from an unrelated narrative into his film by way of the actor who bridges the gap.
​
In a Cinemablend interview on Youtube Whitlock commented on the use of the quote, “I think I put it in an appropriate place you know because Spike kept saying ‘when are you going to do it?’ ‘when are you going to do it?’ and I said look I’ve got about two spots where I think it’s gonna work, you know, but we just gotta wait, we just gotta wait because… I come to realize if you put it in anywhere it just becomes something else but if you drop it where it needs to be dropped I think it really works.”

The quote is a bit vague but it shows an awareness of how context can effect how something is seen or understood. This kind of circuitous connection is reminiscent of Jordan Peele’s Us. Both films spread out a wide net of tendrils to connect to many different references. Both directors are creating a layered kind of double speak. It is not a semiotic exercise where the relation between sign, signifier and signified are toyed with. Its more an additive process where semiotic positions just multiply and associate like a magnet passing through a random assortment of objects and pulling out interesting connections.

Considering this curious and compelling practice. Lee’s direct use of documentary footage and images from the Vietnam era, is far less interesting and possibly problematic. To use Nguyễn Văn Lém,’s horrifying death for any purpose other than one that serves Nguyễn Văn Lém, is difficult to justify.

The inclusion of clips like the execution of Nguyễn Văn Lém, pushes the limits of what should be coopted, or decontextualized. Slavoj Žižek has called America’s cinematic depictions of our soldiers suffering in Vietnam “obscene.” As the aggressors in a war fought against peasants we are not in a good position to prioritize our suffering over our victims. To Lee’s credit some of this is addressed in the body of the film. He makes references to the war being called “The American War” by the Vietnamese and creates a few opportunities for their point of view to be heard. Part of the complexity of the film is watching the black Americans position themselves as both oppressed and oppressor.

In comparing Marlon Brando’s scene philosophizing in the dark to Delroy Lindo’s ramblings as he stomps through the jungle, some formal considerations reflect deeper differences. In Apocalypse now we are drawn in to the darkness, where the world falls away and we enter the landscape of Kutz’s mind. He has a compelling logic and painful wisdom that reveals some essential truths about war and humanity. It is a closed in, claustrophobic scene where we touch the heart of darkness. In Da 5 Bloods there is nothing so earnest or emotional. Delroy Lindo’s Paul is outdoors in the light and traveling quickly through his environs. He is a moving target, not the end point of an odyssey. We watch Paul wrestle with differing motivations and points of view, none of which he is ready to commit to. He can’t get his mind straight but he holds on tightly to his own existence as the only tangible constant. Copola is sincerely pursuing Truth, Lee is illustrating a lack of Truth. Copola’s film is an emotional experience, an encounter with true dread. Lee’s film is more of an intellectual experience posing questions and opening a space for ideas to interact.

Da 5 Bloods is an uncomfortable film that doesn’t stay in one place long enough to be pinned down. This is both its strength and its weakness. It is an ambitious film That steps right into a highly charged arena and starts posing questions and unpacking representations that are full of unruly baggage. There is a limit to how many balls you can juggle at once. Lee pushes his abilities to their limits and perhaps just beyond.

If you enjoyed this article click here for something else
www.filmofileshideout.com/archives/lichtenstein-camus-at-the-movies-volume-8 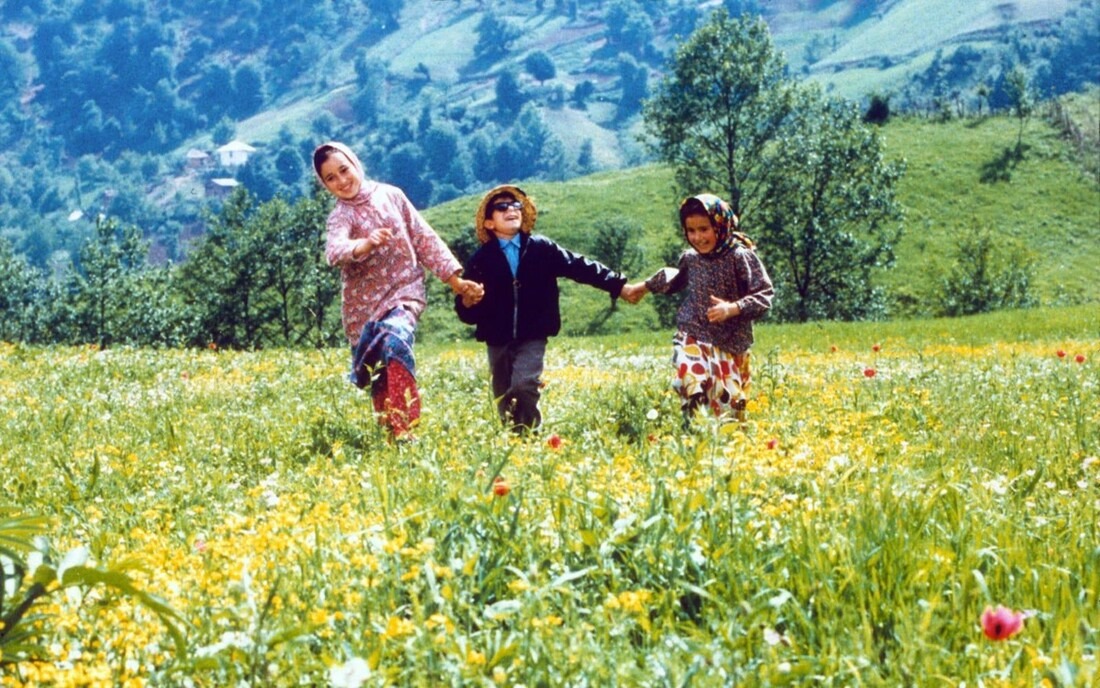 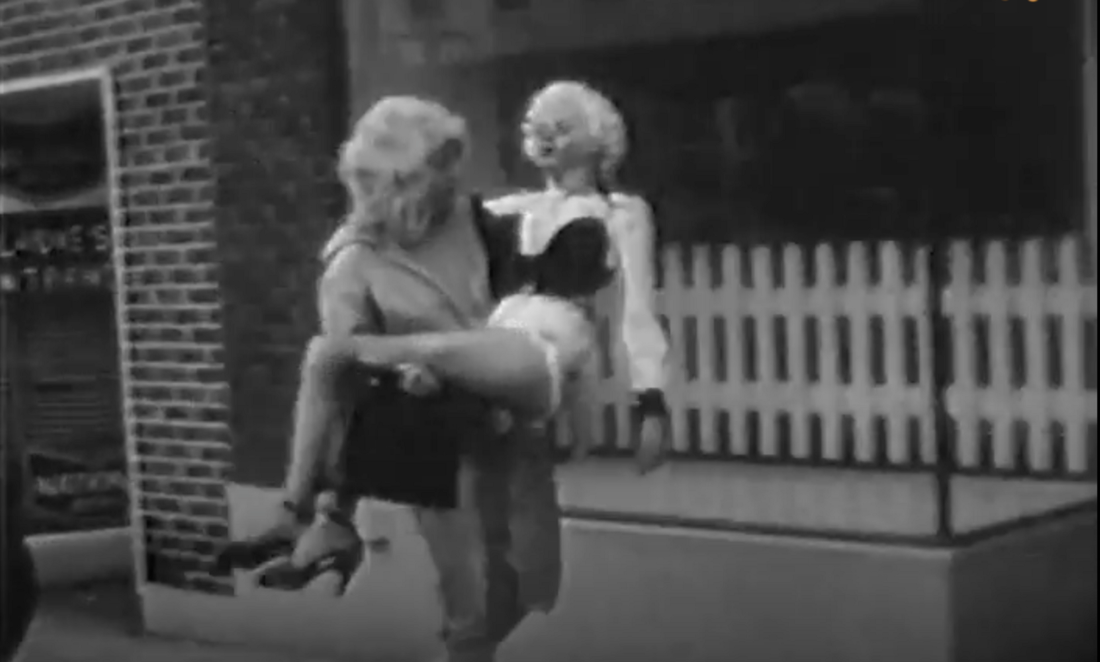