This one left me a bit speechless. You can take that as positive or negative, I don’t know what to say. It was intense. It was jam-packed with action, blood, loud music, sex, and urgent emotion. I guess that sounds pretty good. I’m not sure about the way women were depicted. That might have been a problem, but everyone in the film regardless of gender has a pretty rough time. They all come from the bottom of society’s barrel.

You can see a lot of other films being collaged into Ryan Kruger’s Fried Barry. There’s a bit of Brother From Another Planet, a hearty dose of The Man Who Fell To Earth, and some ET as well. I suppose you could throw Starman in there too. Starman and ET have a sentimentality that Fried Barry is definitely referring to and working against. It’s sort of the flip side of the story where instead of the alien making a love connection it makes a heroin connection.

Barry is a self-destructive, abusive, asshole, heroin addict with a wife and kid. He’s abducted by an alien who highjacks Barry’s body for a night on the town.

The film is flashy and stylized. The editing owes a lot to Aronofsky especially Requiem For A Dream. There are those hyper-fast close-up montages and moments that feel so intense they seem to rattle the screen. It works, but at times it can feel a little derivative. Kruger has made some music videos in the past and it shows. The movie is punchy and colorful and designed to keep your attention. There isn’t much dialogue or downtime.

In The Man Who Fell To Earth Nicolas Roeg relied on David Bowie's otherworldly visage to provide an unnerving alien edge to the lead character. Kruger found himself an equally compelling face in Gary Green, the man who plays Barry. Green was a last-minute hire but Fried Barry wouldn’t be the same without him. He has a startling, gaunt face which he can move and manipulate into bizarre expressions. There’s a little CGI thrown in for emphasis.

Fried Barry is an action film, a comedy, a science fiction film, and horror too (it gets pretty bloody). It has some social commentary as well. We watch as Barry deals with the drunks, hookers, homeless, and criminals of Cape Town. He doesn’t seem very concerned about the degradation all around him, at least the alien inside him doesn’t seem too concerned. The alien acts more like a tourist looking for a good time than the stereotypical observer from another world.

He remains relatively passive while people fill him full of drugs and take him to tawdry little rooms to have sex. He stays mute through the entire film, save a tiny handful of single-word utterances. He has a wide variety of human experiences but unlike Starman discovering chocolate or ET going trick or treating, Barry’s experiences are white-knuckled, teeth-grindingly intense. He goes to jail, he goes to an asylum, he gets captured by a psychopath, he gets beaten by a gang, all while some illegal drug is either entering or exiting his bloodstream.

Even though the comparisons to ET and Starmen mostly demonstrate how different Fried Barry is from them, they are still very present in the film. When Barry gets sick he starts to turn a chalky white just as ET did. You can imagine Kruger sitting around with some friends and asking “what if ET landed in a ghetto instead of the suburbs?”

This change of locations allows Kruger to take on social issues about poverty and injustice. Somewhere between the drugs and the sex we see humanity in an endless parade of the unwashed rabble. The hookers and addicts are just struggling to keep their heads above water. They may be prone to some bad behavior or criminality, but they are human and therefore sympathetic. It's almost as if Kruger is saying that it’s easy for ET to find humanity in the affluent suburbs but the marginalized world of thieves and runaways is just as human.

Kruger made this film in South Africa in 2020. Much of the dialogue and blocking were improvised which may be impressive but I couldn’t really tell. Improvised or not the film looks slick. Polished would be the wrong way to describe it, but the setups and lighting are far from rudimentary or utilitarian. It’s a particularly visual film, not as skilled as something like Let The Corpses Tan, but still very aware of its appearance. Fried Barry is a film that intentionally points toward other films. Repoman is another one that comes to mind and The Void. They all work in the grimy, colorful, and disorienting fringes of society.

Fried Barry plays fast and loose with all its elements and that may be why I was unsure of how I felt when I saw it. For an action-packed, thriller it has some serious and sober elements. That of course can be a good thing but if you are going to introduce serious drama, like a psychopath that kidnaps and abuses children, into a film it may be necessary to take a pause and recognize the gravity of the subject. Fried Barry is meant to be rough and in your face and so perhaps my discomfort was what Kruger was looking for. It’s certainly an entertaining film but it will leave you a little spent. 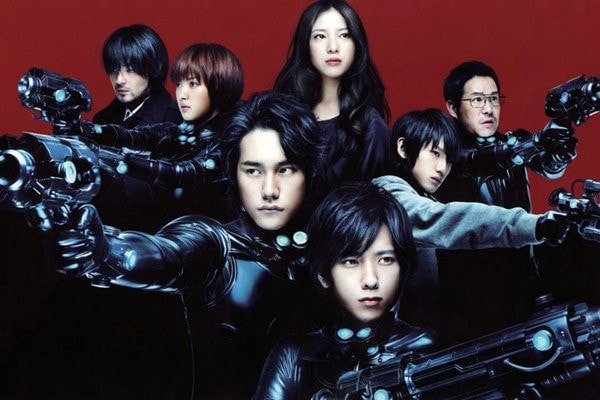