H. is a quiet film. Not very much happens, but it isn’t slow. It’s a tense mystery that builds gradually and never relents. H. summons a menacing atmosphere and then just steeps in it.

It’s a relatively simple film that only cost $200,000, but it has all that it needs. It depicts the lives of two different women. Both are named Helen and both live in Troy, an unremarkable small city in the northeast of New York State. The film is cut into chapters that alternate between the two women’s lives. Helen #1 is an older woman, perhaps in her 60s. She belongs to a group of women who collect and take care of hyperrealistic baby dolls. They pretend to feed them and change them and push them around in strollers. It’s a strange hobby, but such people do exist. There is a whole industry dedicated to mothering hyperrealistic dolls.

She and her husband seem like a bland, ordinary older couple who live out their uneventful days, not expecting much out of life anymore.

Helen #2 is a younger woman, perhaps around 30. She and her husband are artists who collaborate on conceptual art projects. Neither Helen knows of the other. They live in completely separate worlds that both happen to be in Troy.

Although we have two Helens living in Troy, there is very little else that makes any obvious reference to The Iliad or ancient Greek history. The one other connection is a giant stone head of a woman that comes floating down a river. The head appears to be carved in marble in the ancient Greek style. There is no dialogue or explanation concerning the head, but periodically, the camera revisits it as it inexplicably glides along the surface of the water.

Later, when the film ends and the screen goes black, we are given a quote in Latin, “Illium suit, Troja est.” Underneath it is a translation, “Illium was, Troy is.” Illium is how The Iliad refers to Troy. It’s an oblique reference that implies that the myth of Troy is still relevant.

The two Helens in the film have very little in common, except one important thing: children. Helen #1 has a pretend baby and Helen #2 is pregnant. In Greek mythology, Helen marries Menelaus (king of Sparta) and gives birth to their daughter, Hermione, but again there does not seem to be any parallels in the film that refer to this. Mythologically, Helen is not a very complex character. She is mostly a symbol of desire. She was supposed to be the most beautiful woman in the world, so beautiful as to drive men to war.

There is, however, a different possible connection. H. seems to be about an alien invasion. It is not explicitly laid out, but a meteor blows up over Troy, and then a series of strange events begin happening. The two Helens in the film, like the ancient Greek Helen, find themselves at the center of an invasion. They are about to witness two great civilizations clash.

The story of ancient Troy also includes the story of the Trojan Horse. Perhaps the two Helens or their babies are a means for the alien invasion, just as the Trojan horse was for the Trojans. There are several striking images of horses in the film. At first, they seem like surreal moments of random juxtaposition. There is a black horse that keeps showing up in strange places. To prevent any spoilers, I will just say that there is a climactic scene involving the horse that is perhaps the most frightening moment in the film.

The Trojan horse is a disturbing idea. What seems to be a welcome gift turns out to be your death. The horse is a means of exploiting your trust, like a glass of poisonous wine.

All of these details and interpretations are somewhat beside the point. What H. is about is a feeling, a mood that it creates. It destabilizes reality with subtle oddities. Helen's husband unscrews a screw from the back of the fridge, and just for a second, it floats upward before plopping to the floor. The clouds in the sky slowly start to form odd, unnaturally ordered patterns. People seem to slip in and out of consciousness.

Something out of the ordinary is happening, but it only manifests in small events that fray only the edges of reality. There are few, if any overt ruptures that definitively announce the presence of something otherworldly or supernatural. Such an atmosphere makes the audience suspicious of the ordinary, which is an end in and of itself. Overt intrusions into our world do not make us re-examine our surroundings. You don’t walk out of a flying saucer movie with your eyes expectantly scanning the sky, but even though H. is implausible, it creates an unnerving feeling that we should pay more attention to what is happening around us.

All narratives make us see the world in a different way. Narratives are a string of cause-and-effect patterns that tell us something about our existence. To varying degrees, stories pull us away from the ordinary so we can have a vantage point from which to observe our lives differently.

If cause and effect are made mysterious or inscrutable as they are in H., we end up in an unstable position where our understanding is suspended and we must become more observant.

In interviews, Rania Attieh and Daniel Garcia say that they set out to make a science fiction film, which technically H. is, but it is also an emotional drama about two women trying to shape their lives.

Both Helen characters are carefully developed and multi-dimensional. Helen #1 uses her pretend baby to relive and reimagine a meaningful time in her life when she was a mother.

Helen #2 believes she is pregnant and may very well have been pregnant, but either the aliens stole her fetus, or it was a “hysterical” pregnancy. Either way, her pregnancy ends up being “fake.” What seemed to her like a happy, conventional life is suddenly undermined, leaving her to question everything.

Both women must make conscious choices to write and rewrite their stories as they are challenged by unfolding events. Perhaps the true Trojan Horse is our own minds. Our need for meaning, our need for love and acceptance make us vulnerable to accepting and believing what may prove dangerous.

It is very difficult to parse the amount of information that should be presented to an audience. Films like Donnie Darko orMulholland Drive leave people scratching their heads. The question is whether a film can confuse and excite an audience while leaving the story unresolved. Will the audience leave the theater stimulated and full of wonder, or simply balk at the ambiguity and leave aggravated? Successful ambiguity can expand a film as the audience reaches to explain it. For the most part, H. strikes a successful balance between explained and unexplained by focusing less on the details and more on the overall atmosphere.

It would be interesting to hear what Jordan Peele thought of H. Peele negotiates a similar balancing act in his films, especially in Nope. Both H. and Nope look up at the sky in fear of what it may hold. Whether it is the ocean, the jungle, outer space, a cornfield, or the sky, we are easily made to feel small and vulnerable. Whether characters succeed or fail when they enter these arenas is less compelling than the feeling of awe we experience when the common bounds of our ordinary reality fall away.

If you enjoyed this article you might also enjoy - https://filmofileshideout.com/archives/the-manipulation-of-sympathy-in-parasite-and-us/ 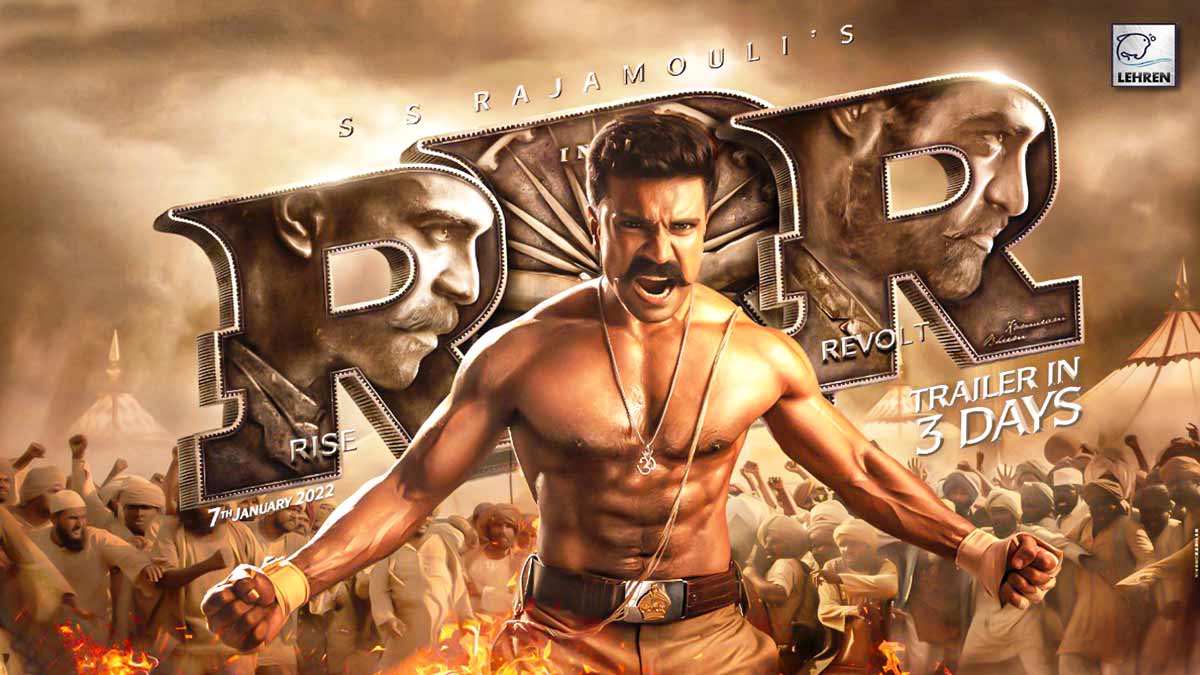 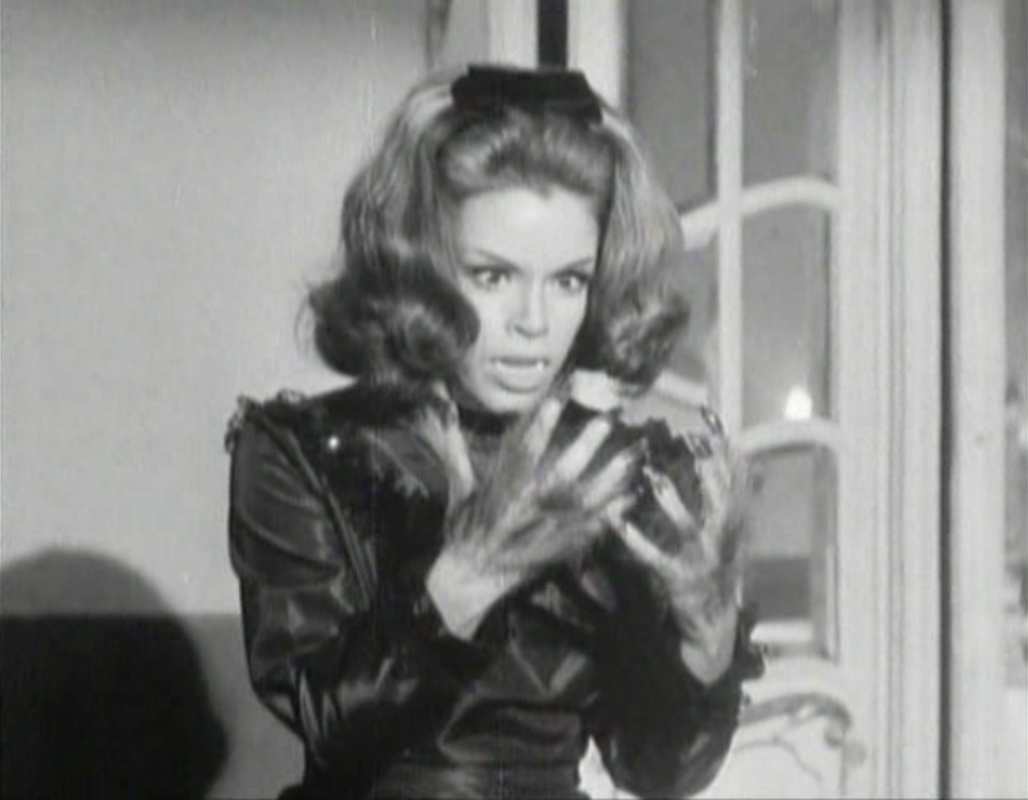 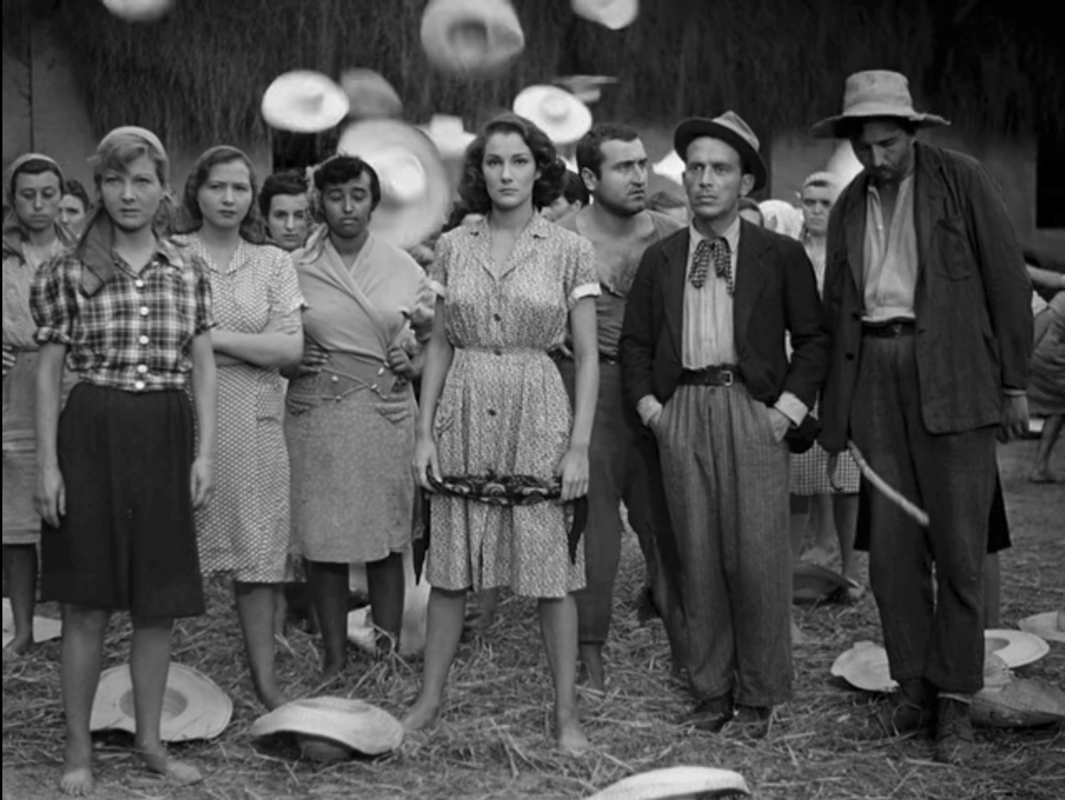