Noir Meets Horror In Jacques Tourneur’s Curse Of The Demon

With a name like Curse Of The Demon, I thought I was in for another typical dose of campy costumes and screaming ingénues. I didn’t even bother to check who wrote or directed it before I began watching it. Within the first few minutes, it distinguished itself as something more interesting than your standard low-budget horror flick. Little did I know I was watching a Jacques Tourneur production. Tourneur is perhaps most famous for his film Cat People (1942). Tourneur worked with producer and screenwriter Val Lewton making dozens of cheap horror films for RKO Pictures. Together They made such films as I Walked With a Zombie and The Leopard Man. As they were genre films they were never taken very seriously but in later years Tourneur was rediscovered by critics and reevaluated as a director of note.
​
Noir, also being a type of genre film, suffered the same critical neglect in its time. Most noir films were B pictures and thought to be too tawdry and violent to be worthy of real acclaim. The films depicted characters with questionable morals taken from the pages of formulaic pulp novels written by authors like Raymond Chandler and Dashiell Hammett.

The two genres, noir, and horror were not seen as similar other than their both being marginal, horror even more so than noir. There were films like Touch of Evil which elevated noir and brought some amount of respect to the genre but in general, these sort of films had second billing.

What is interesting about Curse Of The Demon is its blending of the horror and noir conventions. Tourneur seemed to have a foot in each camp.

Both genres often employ an iceberg-like plot structure. The movie begins with a mysterious or frightening event, like a murder, which the protagonist investigates and unwittingly opens a door into a much larger, often secret world of intrigue and evil. In both noir and horror, this dynamic plays out as a metaphor for the subconscious. What appears small on the surface has deep and frightening roots.

The main difference between the two genres is in the way they were shot and in the nature of the protagonist. The horror hero, especially before the 1970s, was usually a smart, straight-arrow, stand-up guy, with courage and integrity. The hero was the antithesis of the evil he had to fight.

Noir rarely had such clear boundaries between good and evil. It was the moral ambiguity that gave noir its edge and attraction. The men and women that populated Chandler and Hammett novels were caught up in complex situations that defied simple black and white solutions. Situations that revealed complex inner conflicts in the people involved. The protagonist might begin as an ordinary citizen but was often lead astray either by the snowballing situation they found themselves in or often by a beautiful femme fatale who draws them in like a siren.

The noir world was populated and propelled by selfish, greedy, sexually loose, and degenerate people, whereas the world of horror produced its dark atmosphere through supernatural forces. The structure of horror films didn’t allow for the two worlds to be blended. The protagonist had to keep himself separate from the antagonist either through his moral integrity, or often his superior scientific knowledge. Horror often pitted science against superstition or emotionality against reason. This required the hero to exemplify the cerebral over the superstitious.
​
Tourneur’s Curse Of The Demon blends these forces to create a rich foundation from which to spin the plot. Alongside this blending of content, there is also a blending of visual styles from both genres. The following stills can function easily as classic horror compositions or classic noir compositions.

The film centers around a mysterious man named Dr. Julian Karswell who may or may not be a satanic magician. We are never sure if Dr. Karswell is as powerful as he claims to be. Whether by magic or cunning psychology he manages to manipulate everyone around him. He wields fear and suspicion like a weapon, undermining his foe’s confidence and exposing their vulnerabilities. The main source of this fear was a demon Karswell claimed to be able to summon and control.
​
Fear and its effects are the heart of the film, but how that was relayed was a serious point of contention between Tourneur, the producer, and several others involved in the production. The disagreements were bad enough as to involve death threats. Much of it centered around the imagery of the titular Demon. Tourneur wanted to preserve the subjectivity of the film by never actually showing the demon, thereby leaving open the possibility that it never existed. This ending would emphasize the subjective experience and our ability to fall victim to our own fears. The presence of an actual demon at the beginning and end of the film compromises this message. The demon could still be an hallucination, but seeing it sways the explanation toward the simplicity of a supernatural evil which Toureur found too facile and shallow.

The demon was filmed and added without Tourneur’s permission. Although misguided the demon scenes are still wonderful. The lighting and special effects produce something atmospheric and otherworldly. There are many reviews that pan the effects as cheap, but whether they belong in the movie or not they seem creepy and compelling to me especially the more distant shots.

I’m sure the demon scared quite a few audience members back in 1957, but it was not as frightening as scenes that relied on atmosphere, music, and eerie sound effects to create a scene of impending doom. The feeling of the demon’s presence was far more unnerving than revealing the beast and allowing us to put a face to the fear.

There is a trade-off. In noir, we get more interesting characters and situations, but in horror, there is the mystery and power of supernatural forces as well as the joy of being frightened. Tourneur’s blend isn’t perfect. The horror movie aspects definitely gain from the noir aspects but the noir gains less from the horror. The morality of horror films is often just too simple. When the sides are clearly delineated we know where to stand, but if they are muddied it is more difficult to stay above the fray.
​
In the end, Curse Of The Demon is a surprisingly modern and effective story about fear and manipulation that transcends its humble identity as a B movie. The noir elements unnerve us by undermining morality, and the horror elements scare us by preying upon our fears.

If you enjoyed this article click here for more
www.filmofileshideout.com/archives/the-black-cat-and-the-queer-string-of-films-it-inspired 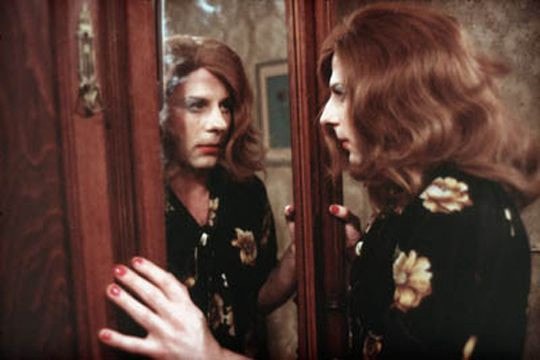