How To Be A Well Rounded Cinephile

I remember when my mother brought home this shiny new invention called a VCR. It was big and boxy and the cartridges that went in it looked like giant music cassette tapes. I don’t remember the first movie we watched but over the next few years she showed me all the movies of her youth. Movies like Streetcar Named Desire, Guys and Dolls and the Seventh Seal. She was my first guide. Later, after college, I started looking up all those lists that are generated by critics, associations and academies. I didn’t read much and I knew nothing about directors or history. I went into each film blind, and open to whatever it might offer.
​
I’ve decided to compile my own list but not to enumerate all the best films or the most important films. This anthology is intended to expand the viewer’s understanding of what film can do. Its meant as a kind of liberal arts education in cinema that points in many different directions. I’ve listed fifty films in no particular order with an eye toward diversity of vision. I hope that anyone seeing the list finds something they haven’t seen before and goes to discover it.
A Woman Under The Influence — John Cassavetes, 1974, America — A radically new relationship between camera and subject and between director and actor.
The Act of Killing — Joshua Oppenheimer, 2012 — No film has ever been made that does what this film does.
Polyester — John Waters, 1981, America — A frantic and absurd parody of American culture and values.
Werkmeister Harmonies — Bela Tarr, 2001, Hungary — A very different approach to editing and pacing with wonderful dreamlike imagery.
Rashomon — Akira Kurosawa, 1950, Japan, A meticulously crafted essay about truth and humanity with a novel structure and beautiful blocking.
Playtime — Jacques Tati, 1967, France — A unique and wonderful sense of humor with very clever use of mise-en-sen and physical comedy.

November — Rainer Samet, 2017, Estonia — An intensely beautiful and strange film that leaves you bewildered and engrossed.
Blowjob — Andy Warhol, 1964, America — Part of Warhol’s insightful transformation of film into something concrete.
Taxi Driver — Martin Scorsese, 1975, America — A poetic use of dreamy meditation contrasted with gritty intensity.
Holy Motors — Leos Carax 2012, France — A completely disorienting and challenging film that is both entertaining and confounding.
Eight and a Half — Frederico Fellini, 1963, Italy — An amazing display of cinematic skill that navigates many different ideas and approaches.
Scream — Wes Craven, 1996, America — A clever and humorous post-modern deconstruction of the horror film genre by a director who knows horror well.
Spirited Away — Hayao Miyazaki, Japan — A prime example of the beautiful and profoundly creative world of anime.
Down By Law — Jim Jarmusch, 1996, America — Jarmusch is a master at writing dialogue and his films have a trademark style and feel.
Five Superfighters — Lo Mar, 1978, Hong Kong — A prime example from the Hong Kong King Fu genre made by the legendary Shaw Brothers production company.
Trust — Hal Hartley, 1990, America — A stylized and mannered drama where everyone and everything seems painfully self-conscious.

Breathless — Jean-Luc Godard, 1960, France — I hate Goddard but he was a genius. This film helps to both defy old ideas and pioneer new ones.
Coonskin -Ralph Bakshi, 1971, America — An animated film that recklessly jumps head long into the minefield of class, race, sex and more.
Moonlight — Barry Jenkins, 2016, America — A beautifully crafted drama in three chapters.
Child of Peach — Chung-Hsing Chao and Chun-Liang Chen, 1987, Taiwan — A completely over the top fantasy adventure that leaves its audience wide eyed, confused and laughing.
2001 — Stanley Kubrick, 1968, America — An epic scale adventure rendered with an amazing variety of cinematic techniques.

​The Shinning — Stanley Kubrick, 1980, America — This film is layered and rich. It is the result of profound skill and dedication.
Mysterious Objects at Noon — Apichatpong Weerasethakul, 2000, Thailand — An experimental film that untethers the machinery of storytelling and allows the viewer to question and wonder about everything.
Beneath The Valley of The Dolls — Russ Myers, 1970, America — An over the top and frankly crazy film made by the premier sexploitation master. Revel in its exuberance!

​Mulholland Drive — David Lynch, 2001, America — A completely different approach to narrative and to surrealism.
Sweet Sweetback’s Baadasssss Song — Melvin Van Peebles 1971, America — An extremely low budget and ragged movie that helped launch blaxploitation film and inspire a generation to just pick up a camera and start filming.
The Cook, The Wife The Thief and His Lover — Peter Greenaway, 1989, UK — An assault on the viewer, this grotesque drama overwhelms the sences.
Songs From The Second Floor — Roy Anderson, 2000, Sweden — A unique deadpan comedy about existential dread. The camera never moves, there is almost no editing but it is tremendously entertaining.
Le Jette — Chris Marker, France — A film made entirely from still images like a slide show. Form and content intertwine as the film explores memory and time travel.
Female Prisoner Scorpion: Beast Stable — Shunya Itō, 1973, Japan — An intense and stunningly creative low budget masterpiece.

Agurrie The Wrath of God — Werner Herzog, 1972, Germany — A film about harsh determination and intensity of vision made by a director notorious for his harsh determination and intensity of vision.
Hagazussa — Lukas Feigelfeld, 2017, Germany — A profoundly heavy and dreadful tale of witchcraft full of atmosphere that will drag under its pall.
Baxter — Jérôme Boivin, 1989, France — This is a strange one. Its a dark peek inside the mind of a dog. Its different, its compelling and you won’t soon forget it.
The Passion of Joan of Arc — Carl Theodor Dreyer, 1928, France — Just the visual appearance of this film alone is enough to place it on this list but the drama and over all production make this an exceptional film.
Persona — Ingmar Bergman, 1966, Sweden — A much imitated film that delves deeply into identity, and emotional turmoil.
White Meadows — Mohammad Rasoulof, 2009, Iran — A bleak and beautiful film that unfolds like a dream or an ancient myth.
M — Fritz Lang, 1931, Germany — An early sound film where Lang experiments brilliantly with a newly expanded medium.
Stalker — Andrei Tarkovsky, 1979, Soviet Union — A deeply philosophical film about religion, desire and struggle. The camera movement, the editing, the everything is wonderful.

​The Mirror — Andrei Tarkovsky, 1975, Soviet Union — A beautiful and poetic experimental film that glides through a landscape of memory and emotion.
Black Orpheus — Marcel Camus, 1959, Brazil — The imagery, the pacing, and the growing tension all make this film an irresistible journey to another world.
Delicatessen — Jean Pierre Jeunet, 1991, France — This dark comedy has its own strange look and feel that sucks you in and tumbles you around in an absurdly funny and desperate world.
The Dance of Reality — Alejandro Jodorowsky, 2013, Chile — A rich and bold surrealist film, full of dramatic and colorful imagery.
Killing of a Sacred Deer — Yorgos Lanthimos, 2017, Ireland — A highly stylized and unique film that communicates it is own idiosyncratic world.
Vertigo — Alfred Hitchcock, 1958, America — Hitchcock’s richest and deepest film is full of striking imagery and mystery.
Psycho — Alfred Hitchcock, 1960, America — A skillfully crafted film where each character, each plot point interlocks to create a deftly rendered thriller.
J’accuse — Abel Gance, 1919, France — This an unbelievably innovative film. Gance’s explorations are a wonderful example of creative film writing and production.

​Safe — Todd Haynes, 1995, America -Haynes is a very talented filmmaker. Safe is not as visually lush as some of his later films but it is intense and has a unique atmosphere.
Barton Fink — Coen Brothers, 1991 , America — The Coen Brothers are expert story tellers and bring wonderful stylistic and quirky choices to their productions. I chose this one for its oddity.
The Six O’Clock News — Ross McEllwee, 1996, America — A completely unique approach to documentary film making where the camera is a conduit between subject and author and audience.
A Touch of Evil — Orson Wells, 1958, America — There are so many reasons to watch this film. The first 9 minutes, the lighting, the cinematography, the muddy morality all work to make something masterful.If you enjoyed this article click here for more
www.filmofileshideout.com/archives/around-the-world-in-50-films 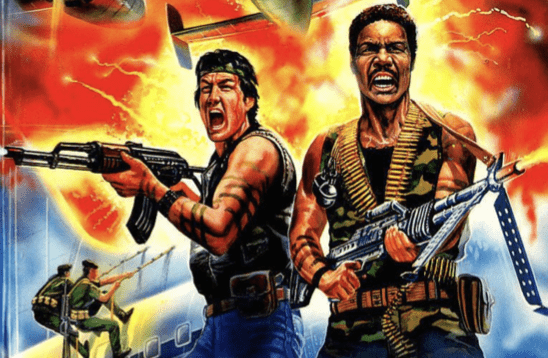 What Do You Mean “Toxic Masculinity?” 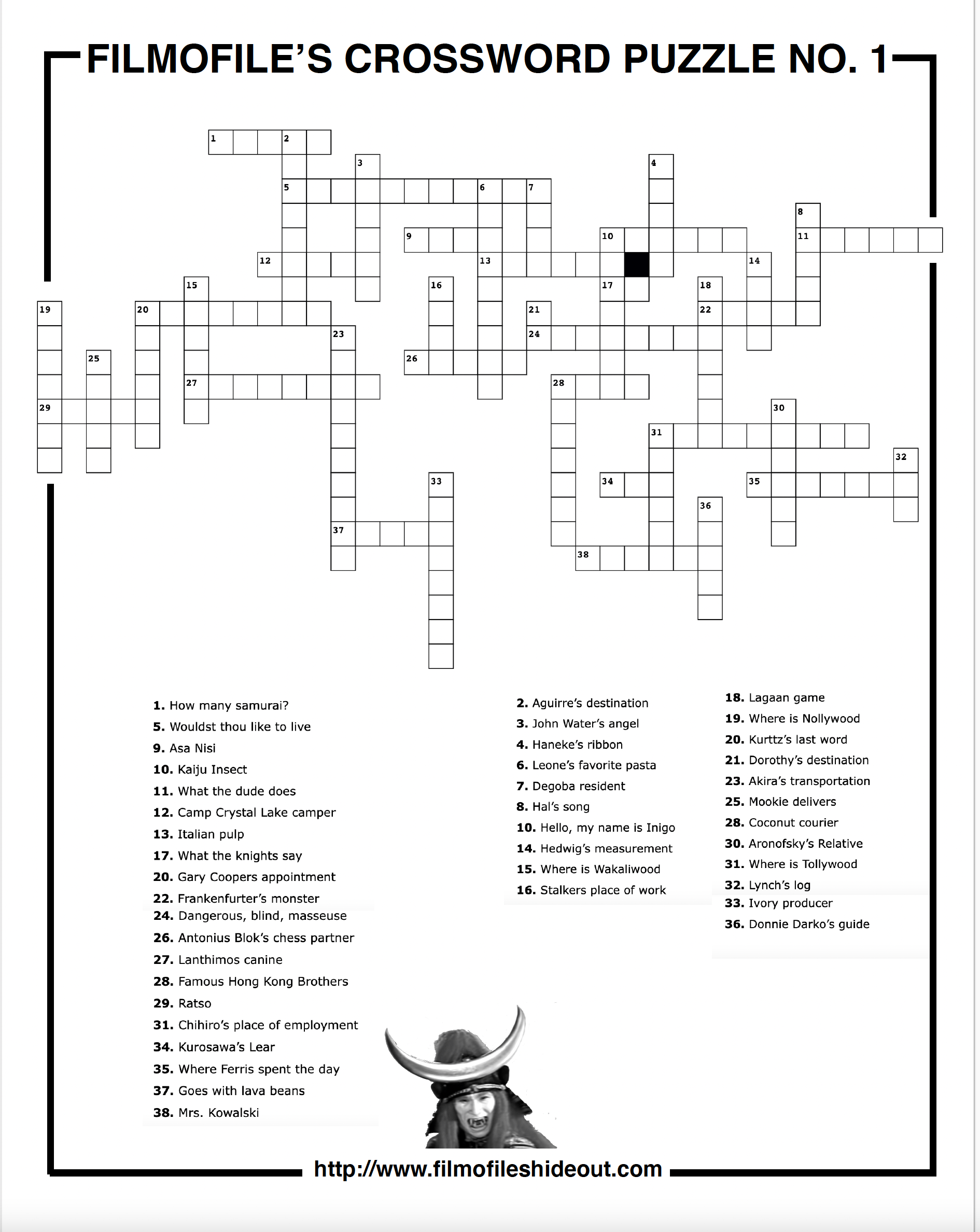