​In 1985 Akira Kurosawa finished his grand-scale opus, Ran. The film is his interpretation of Shakespeare’s King Lear. It is full of spectacular imagery, ornate costumes, and sweeping, operatic cinematography. About halfway through the film as the plotlines begin to gain momentum Lady Kaede confronts her brother-in-law Jiro. It is an exquisitely precise piece of cinema that highlights the collaboration between Kurosawa, the actors, and the crew.

It is important to consider the scene within the overall approach and style of the film. Ran is a very mannered and artificial film where realism is exchanged for drama and intensity. The film is heavily influenced by traditional Kabuki. In both Kabuki as well as Ran, the blocking is of primary importance. There are studied careful gestures and poses that must be performed in a certain way. Unlike Kabuki the acting in Ran is naturalistic. It is not like a Cassavettes film, but even in comparison to the Shakespearian tradition, Ran’s acting style allows for more nuance.

All of this is exemplified by Mieko Harrada’s portrayal of Lady Kaeda. The skill with which she moves her body, times her words, and allows for small taught bursts of emotion is very impressive. Her presence on screen is formidable and almost unbearably intense. She makes you want to run and hide.

Her entrance into Jiro’s chamber is slow, quiet, and demure. She walks into the room with the absolute minimum amount of movement necessary. Her face is completely immobile. The only movement seen is from the waist down and most of that is masked by her kimono.

She holds in her hands, her dead husband’s ornate war helmet. Still 8 or 9 feet away from where Jiro who sits stiff and pompous on his little platform, Lady Kaeda slips gracefully, gently, to the ground and places the helmet beside her. Again there is absolutely no extraneous motion. Everything is done slowly and deliberately.

When they begin their discussion Jiro clearly has the upper hand. He is male, she is a female subordinate. She has no standing other than being the widow of an important man, and she is in Jiro’s house. She bows deeply and apologizes for a previous encounter. Jiro is comfortable and tries to verbally push her around a little bit. They spar politely and without a show of emotion.

In what must have taken hours of practice Harrada manages to kneel and walk at the same time. Her legs remain bent and her head remains at the same level but she somehow puts one foot in front of the other and arrives at Jiro’s feet.

In Japan, Kimonos are not fitted garments. They are designed to make certain shapes as they move and bend. Each move Lady Kaeda makes unfolds a unique geometry. Her mood and intention are conveyed as much by her costume as by anything else. Indeed her face is as still as a stone. As a widow in mourning, she is completely dressed in white which is the color of death. She may be a widow, but she is also a deadly presence in Jiro’s chamber.
​
As the scene continues some of Lady Kaeda’s deference fades but we are unprepared for when she burst out of her place, tackles Jiro, steals his dagger from his belt, and sweeps gracefully into position sitting on top of her prey with the weapon at his throat. The burst of energy is over before you can realize what has happened. She never loses her composure, just simply makes her move without hesitation or struggle.

​This begins a cat and mouse game where Lady Kaeda toys with Jiro. Jiro stays crumpled on the floor but both Lady Kaeda’s and the camera’s position change frequently. This is a common Kurasawa device. In order to convey the calculations that are going through the character’s minds, and what might happen next Kurosawa shifts both the arrangement of the characters as well as the camera.

Lady Kaeda slowly reveals her intentions. She oscillates between ice calm and several different kinds of fury and indignation. At one point she stands up straight with her dagger pointing directly at Jiro and says in a calm voice, “The truth is I don’t care at all about my husband’s death.” But then as if in a childish tantrum she stamps her foot and screams “The only thing that concerns me is what happens to me!”

Harrada’s performance is full of subtle shifts. There is a difference between wanting vengeance and wanting recognition. There is a difference between indignity and crazed egoism. All of these things roil under Lady Kaeda’s skin. Somehow Harrada manages all that while gracefully moving through rigid and complex blocking.
​
While Lady Kaeda is still on top of Jiro she delicately slices shallow cuts in his neck to punctuate her points. The knife is like an extension of her words. When she is standing up she speaks of her power to tear the entire Shogunate into chaos while she stabs and shreds her kimono sleeve.

Finally, after she has laid bare her intentions she throws the dagger aside and pounces on Jiuro like a tiger clutching its kill. With palpable relish, she enthusiastically licks the blood from Jiro’s neck and then begins to kiss him deeply. The camera cuts away lingering on the helmet of the first man who tried to love Lady Kaeda. 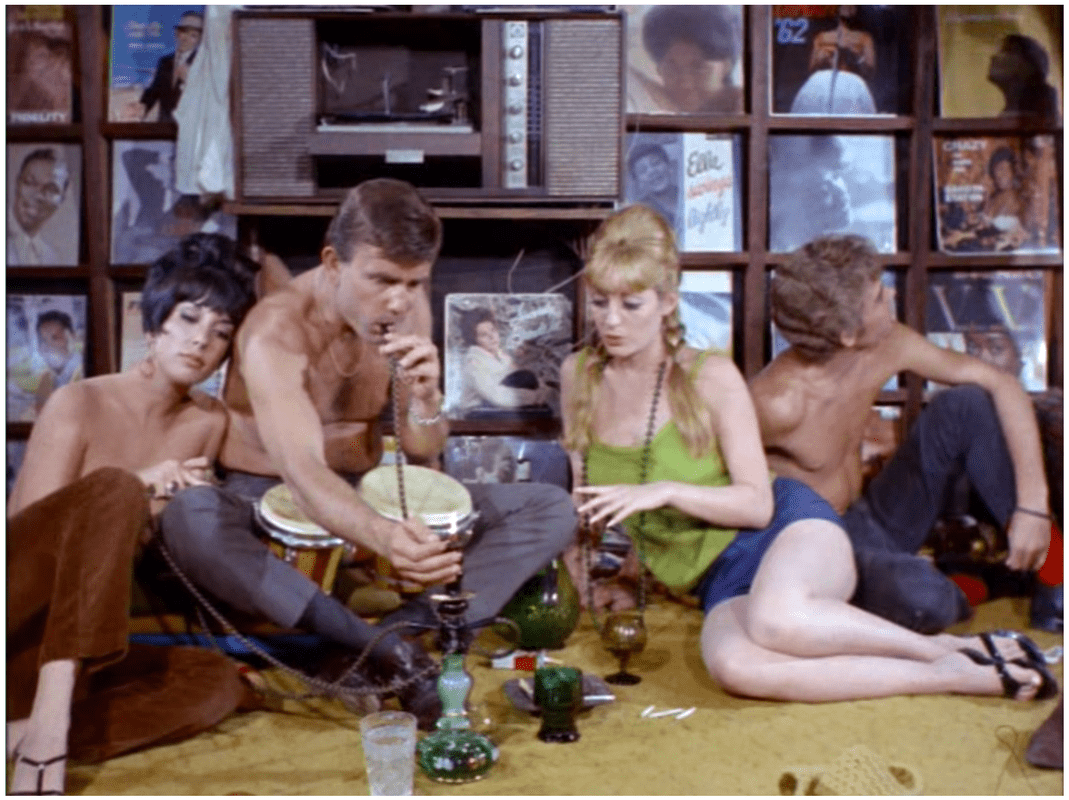 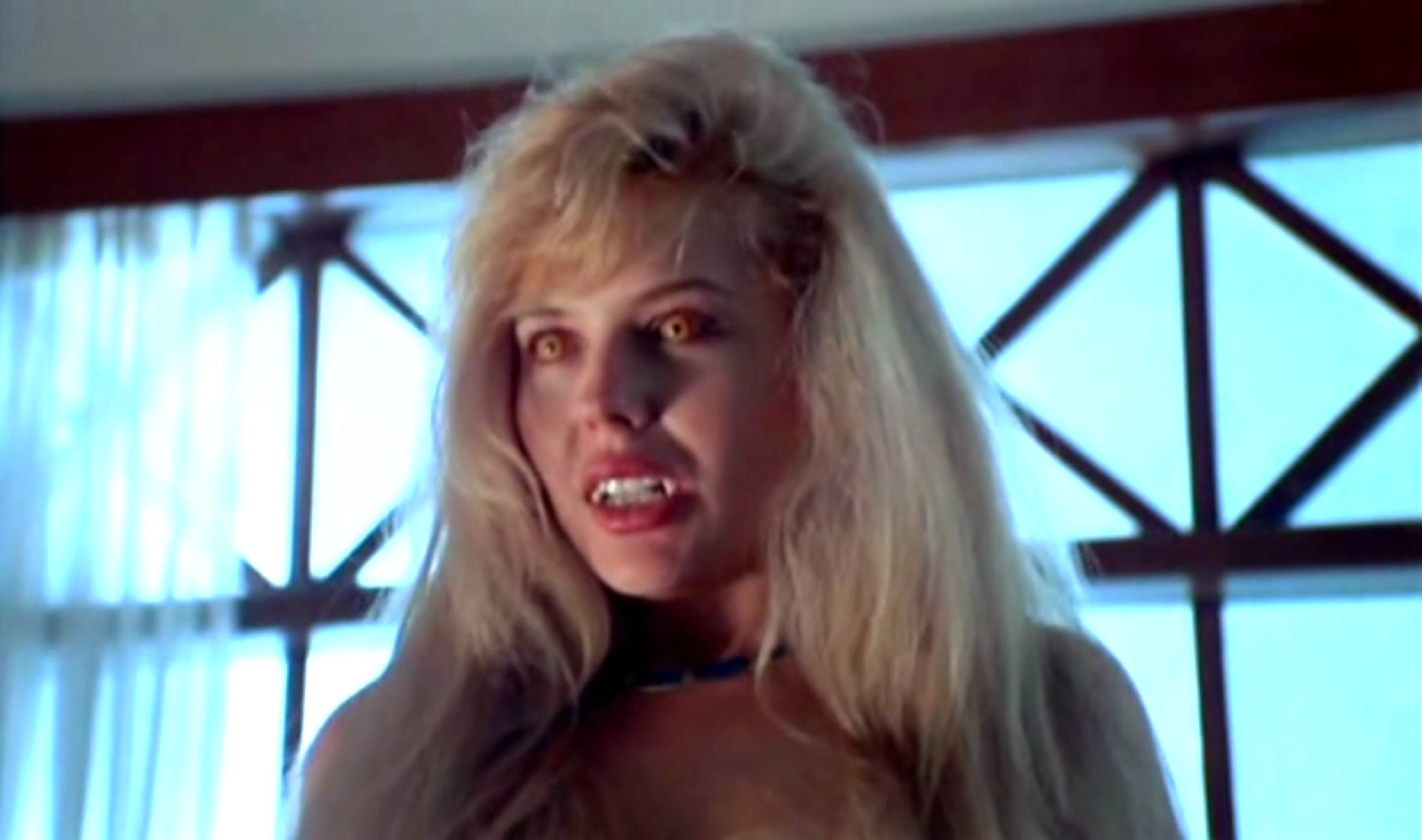