The core of Emad Burnat’s documentary, 5 Broken Cameras, is deeply personal. Politics and social strife surround it, but Emad’s patient, gentle and insightful presence is what makes the film unique and compelling. You can argue about the Palestinians and the Israelis. You can disagree over motives, outcomes, and justice but you can not question Emad’s personal experience. Above all 5 Broken Cameras is about one man’s life that is transformed by the circumstances that surround him.

Emad was not a journalist or filmmaker, he was not an activist or documentarian, he was an olive farmer in Bil’ine. He bought a used video camera when his third son, Gibreel, was born so he could capture Gibreel growing up.

The film begins and ends with Gibreel. A beautiful child as adorable as he is vulnerable, but Gibreel’s home and growth are interrupted by an invasion that claimed 60% of his father’s farm overnight. Gibreel, like his father, must adapt. We witness Emad’s efforts to both shield his family as well as educate them as they are all abruptly initiated into a world of resistance and activism they never asked for.

Gibreel is Emad’s third son. Emad introduces each of his children by explaining what was happening when they were born. Mohamad was born in 1995 “a time of hope after the Oslo peace accords,” Yasim was born in 1998 “a time of uncertainty, “ Taki-Ysin was born in 2000 the day the intifada began, and Gibreel was born in 2005 the time when Emad began filming. The film was finished and released 7 years later in 2012.

Emad did not choose to include the Israeli invasion in his family home movies. The soldiers literally come to his front door and barge in. Israeli soldiers rip down his olive trees, they try to evict him from his home, they arrest him and take him away from his family. Emad could have been a completely apolitical person but simply by existing, he was set on a collision course with Israel. The film is an account of how Emad attempts to preserve his equanimity, provide a safe environment for his children, and engage the injustice that has been thrust upon his community.

Before the invasion, when Emad first got his video camera the villagers all turned to him as the town’s resident documentarian. He did not intend to occupy such a position but as the only one with a camera, the villagers came to him to tape weddings and town events. When the soldiers came it was only natural that he would be expected to capture that as well.

The five broken cameras from the title of the film were all broken by Israeli soldiers. Each camera is not only a testament to the violence visited upon Bil’in and its inhabitants but to the damage caused. The cameras are metaphors for Emad’s mind and body. No matter the scale of geopolitical conflicts they are still played out on the human body. Emad suffers repeated shocks both physically and psychically. In his narration, he remarks, “What I have to film demands a strong camera, not a fragile one.” The camera is a stand-in for Emad. Later he admits “When I film I feel like the camera will protect me, but it is an illusion.” This statement becomes strangely ironic when later gunfire hits the camera and the camera literally saves his life by stopping the bullet, but that is not Emad’s point. The camera is a coping mechanism akin to disassociation. It helps remove the camera person from what is happening around him or her, but Emad is right that it is only an illusion.

The relationship between the mind, the body, the state, and the camera is a constant theme throughout the film. Emad’s friend, nicknamed El-phil finds that the olive trees have been set on fire by the settlers, he cries out “What did the olive trees do? This olive tree that prays to God, what did it do?” There is a specific, corporal element to what is happening. The trees like human bodies are where the rubber of policies and politics hits the road of humanity.

Emad and his fellow protestors are all non-violent but every day the villagers suffer a hail of bullets, tear gas, arrests, evictions, and brutality. Emad seems most concerned with helping keep everyone sane. He expresses hope for the cause but near the end of the film, he reflects on what is happening, “Healing is a challenge in life. Its a victim’s sole obligation. By healing you resist oppression, but when I’m hurt over and over again I forget the wounds that rule my life. Forgotten wounds can’t be healed, so I film to heal.

Islam has a rich history of poetry and it is palpable in the way many Muslims speak. This last quote resonates with a profound insight that allows Emad to better understand himself, the people around him, and the events that transpire outside his control. Emad blends the personal and the political, as well as the individual and the cultural.

There is a painful scene where little Gibreel, perhaps 4 years old, is looking off into the distance through the barbed wire and watches a group of orthodox Jewish boys playing. There is no narration but there is a deep sense of unease as we wonder what is happening in Gibreel’s mind. What does he see? What is he learning? What world view is he forming?

What began for Emad as an opportunity to record family memories grew into activism and eventually a documentary. Emad brought his broken cameras and hours of footage to Guy Davidi, an Israeli filmmaker and anarchist. Together they constructed the film. Guy Davidi’s participation is a reminder that the state does not represent the will of all Israelis. The State is not concerned with the individual. It is indifferent to Emad’s suffering and to Guy Davidi dissent.
​
Five broken cameras is a layered film with more than one purpose and more than one meaning. It is like the Matryoshka nesting dolls in that each layer is inside the other. There is the macro vision of conflict and its effects, inside of which is an accounting of the conflict in Palestine, inside of which is the resistance in Bi’line. Then there are the individual villagers and their lives, followed by Emad and then Gibreel. Each arena is smaller and more personal. From Gibreel it cycles back to the more abstract and philosophical arena of conflict and its effect on humanity. Emad negotiates these layers seamlessly, inviting the viewer to blend them into a coherent understanding of what is happening in the desert by the sea.

​If you enjoyed this article click here for more
www.filmofileshideout.com/archives/whose-side-of-the-camera-are-you-on 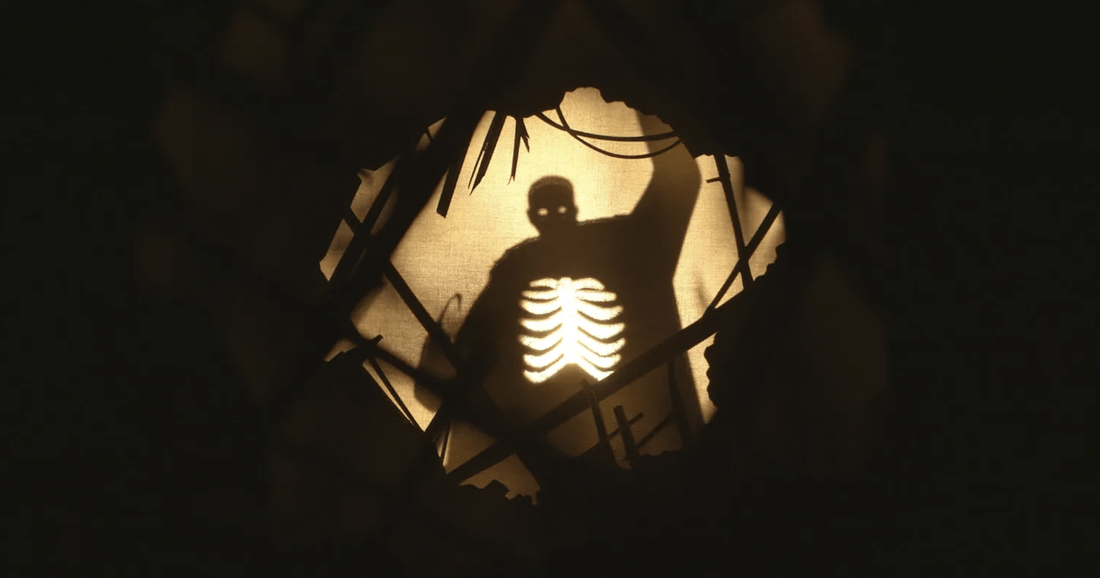 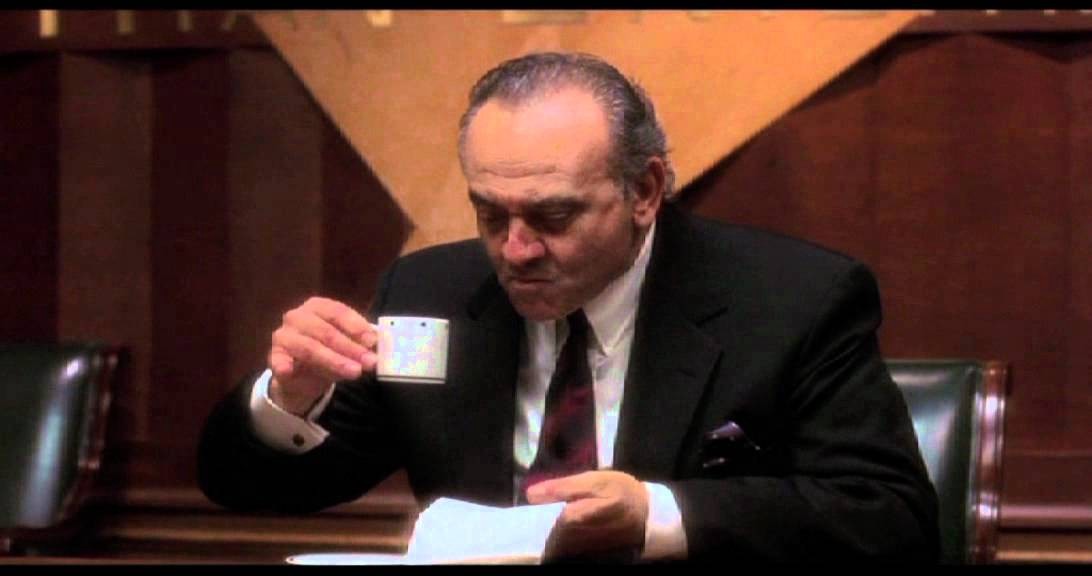 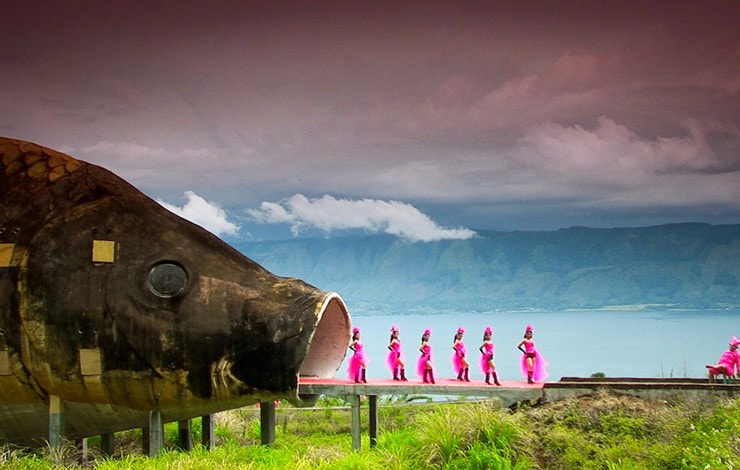