Films Made Before 2000, Martial Arts, So Bad They're Good
Est. Reading: 5 minutes

Heaven And Hell opens in Heaven which is inhabited mostly by stern, kung fu, drag queens in feather boas. The fog machine is set to maximum fog and there are stylized pieces of sets dotted around the soundstage. It looks like a glam Swan Lake with spears and swords. There are also whips, lots of whips for beating the disobedient. It’s a sort of Confucian version of Heaven where pleasure is found in obedience to detailed rules. Heaven is not a place for joy, it is an eternal example of perfection overseen by mean girls, or a facsimile of mean girls. It’s all about rules, rituals, hierarchy, and propriety. Imagine Heaven run by the DMV overseen by Liberace.

Not surprisingly there are two heavenly inhabitants who are not happy in paradise. Shiqi and Chen Ding are in love but the queen of Heaven disapproves and sentences Shiqi to a whole lotta lashes. Chen Ding steps in and so begins 10 minutes of badly choreographed kung fu. Unfortunately, the loving couple loses and is banished. They are forcibly pushed off the cloud and tumble toward Earth.

As they fall through the fog they are separated. The man lands on Earth and instantly becomes a taxi driver. The woman ends up the prisoner of a gangster. This bizarre turn of events may stem from an eastern convention that dictates that gods can not go down to Earth in their spiritual form. They must be reincarnated as flesh and blood people.
​
The fog machine and styrofoam columns disappear and suddenly we are filming outdoors in the real world. There are few quick scenes of the taxi driver driving, but then it’s back to a sound stage. This time we are not in a foggy heaven but we are not in Hell either. We are in a nether place infused with the feel and style of a noir style West Side Story. Our hero Chen Ding goes to save our heroine Shiqi but everything is done through interpretive dance. I’m not kidding. The bad guys all dress alike, move in unison and fight like ballerinas.

The styrofoam sets are back but now they are all full of angles and forced perspective. They are lit with pink and green and exist in an endless blank void, it’s enough to make a German expressionist equal parts jealous and nauseous at the same time. It turns out that this horrible place is in fact Earth, it’s just an earth with jazz hands and long shadows.
​
Just as you are beginning to acclimate to the imagery the couple sweep into singing an awful ballad. A ballad so horrible it would make Celine Dion wince, so bad a chorus of howler monkeys with tracheotomies, singing Christmas Carols while wrestling amplified bagpipes would be better. So bad they could have won Eurovision!

Then we are back on Earth, not the weird stagey Earth but the real, non-soundstage Earth, Earth. There’s some more taxi driving and then another kung fu fight but this time the choreography is much better. Everyone beats everyone up and then they all go to Hell.

Hell is located inside miles of rocky caves with lots of red and green lighting. It looks pretty standard for Hell but something is definitely not right. Heaven seemed like a pretty shitty state-run obedience school, but someone missed the memo on Hell. As is traditional in the East there are many different kinds of Hell. Heaven and Hell the film has its own assortment. There is Tongue Pulling Hell, Icy Hell, Skinning Hell, Plowing Hell (where you get plowed over by giant plows), and Frying Pan Hell. It’s when they get to the addiction Hells that things go awry. If you were addicted to gambling in your earthly life you are condemned to Gambling Hell where you must spend eternity playing mahjong and games of chance all day. Alcoholics are made to stand under a giant bottle of Johnny Walker and bathe in a waterfall of whiskey for eternity.

Some people are sizzling in a frying pan until the end of time while the fellows right next to them are playin’ the ponies. With all the weird contraptions and colored lighting, The whole thing looks like a black light Hieronymus Bosch painting on velvet.

After being lead through a tour of Hell by some cow-headed demons, Chen Ding bumps into Buddha who is in Hell for a visit. Even though Buddha lived a life without possessions and renounced his royal birth he is dressed up like a Tibetan king.

Buddha tells Chen Deng to gather up a gang of damned souls who have been cast into Hell unjustly and form a dream team of misunderstood rebels. Cheng Deng does as he is told and gathers six or seven fellas and a woman who is only ever referred to as “Red Dress.” Once assembled Buddha tells them to revolt and fight their way out of Hell. Then there is about 35 minutes of flashbacks where we learn each rebel’s sad story of how they were murdered and sent to Hell. Mostly it’s an opportunity for more kung fu fighting.

Once everyone’s story has been told they start fighting all the demons and making their way to Hell’s exit. They are almost there but a couple of nasty demons freeze them in an ice bubble in Icy Hell. It’s looking pretty grim for the gang until two of the men stab themselves in the abdomen and spray the ice bubble with their warm blood thereby melting it away. Betcha didn’t see that one comin’.
​
Finally, the heavenly drag queens come down to save them and the whole gang goes through a portal where they are reincarnated on Earth, the real Earth, the Earth, Earth.

Like many of the directors who worked for The Shaw Brothers, Chang Cheh was prolific. Chang Cheh directed his first film in 1949. He made some of Hong Kong’s best-known kung fu gems like The One-Armed Swordsman, The Five Venoms, The Kid with the Golden Arm, and The Five Element Ninjas. None are nearly as crazy as Heaven and Hell. Five Element Ninjas has some pretty spectacular visuals but Heaven and Hell crosses a line where it becomes something else. The abstracted sets, the theatrical, psychedelic lighting, the mannered style all conspire to make a rich and manic pastiche. The film throws so many disparate elements together it ends up being a kind of frenzied satire of itself.

Heaven And Hell was Chang Cheh’s 84th film and it shows. Cheh knew all the Hong Kong conventions and he knew Hollywood’s conventions too. By 1980 he had the experience and confidence to mix things up and cross a whole lot of boundaries. I don’t know if Heaven And Hell is a good movie or a ridiculous movie but I do know you’ll never see anything else like it. 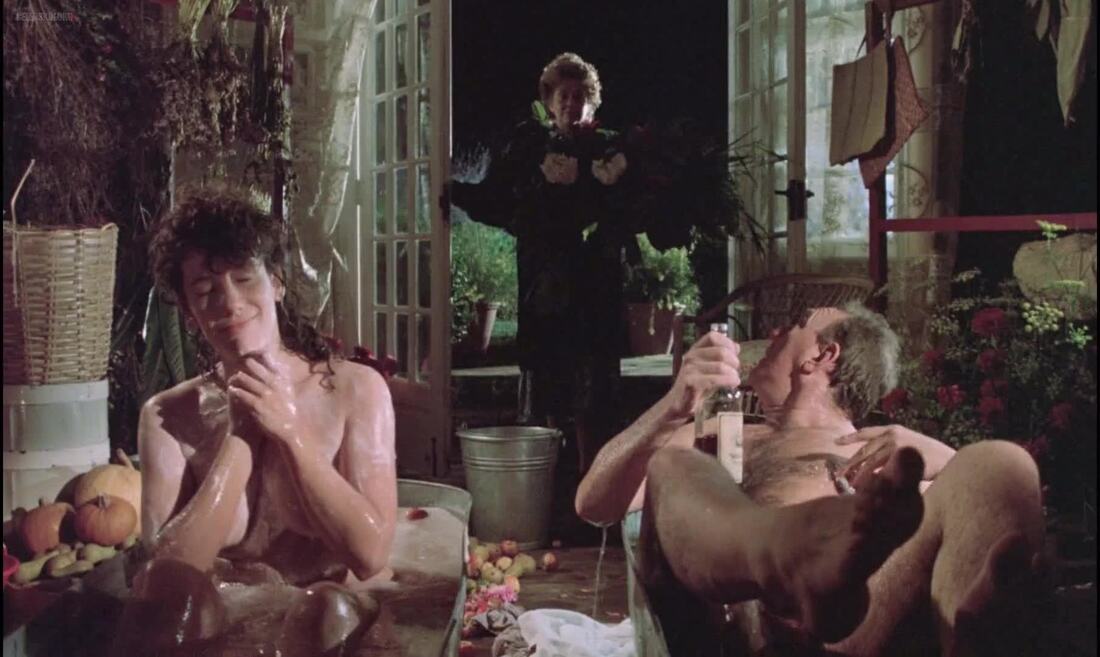 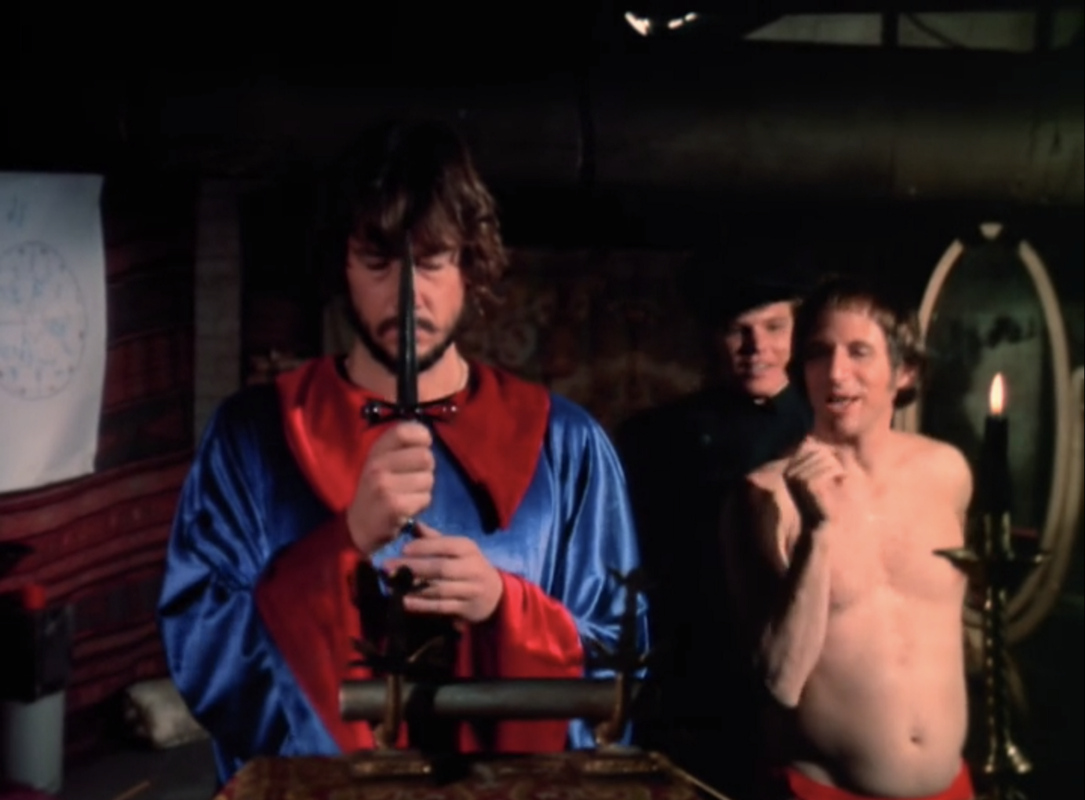