According to family lore when asked what I wanted to be when I grew up I would answer “A fire-hydrant!” After the laughter subsided my embarrassed mother would then explain that in our neighborhood the city had painted all the fire-hydrants to look like little people.

Still Walking addresses issues around our hopes and aspirations and how they compare to our parent’s expectations. It’s about childhood dreams and adult realities and a nagging anxiety over what is “seijō” (normal).

Still Walking was directed by Hirokazu Koreeda’s in 2008, but the film has a certain timeless quality. The newer generation always chafes at the boundaries set by their parents and grandparents. Still Walking is a deeply personal film but everything contained in it is familiar.
​
The film takes place over a twenty-four hour period. It is the seventh anniversary of the eldest son’s death. He perished trying to save a drowning child at the beach. The mother and father are now old and the two remaining children, a brother, and a sister have grown up, moved away, and gotten married.

Most of the film takes place inside the old family home. Ryo, the son is too tall to fit comfortably in any of the rooms. His physical mismatch with the house mirrors his inability to fit into his family’s image of him. He bumps his head on doorjambs and bends down awkwardly each time he has to stand up or move around.

If the film centers on anyone it is Ryo, but almost everyone gets roughly equal time. The film is about the family. It separately addresses each member and collectively illustrates their relationships. In films like these, there are often characters who loosely approximate the author’s avatar. Even though Ryo seems to be the central character his son Atsushi has the wide-eyed look of someone who is observing and remembering. The film is not seen through his eyes, but he feels like the one who will eventually separate enough to describe all the different points of view involved.

The film has a nostalgic atmosphere where everything feels like a memory. Toshiko, the matriarch, lives in her memories. She rarely speaks in the present tense. Koreeda always highlights how narratives are constructed and remembered. His film After Life is all about how we relate to and rely on memory and narrative. He also has a special affinity for seniors and the hazy longview they possess.
​
Toshiko is still sharp but she has a dreamy reverie near the end of the film, reminiscent of a Tennessee Williams character. A butterfly enters the house and she convinces herself that it is the spirit of her dead son. She wanders around the room trying to catch it. She makes some odd noises and seems a little lost. She is right at the edge of what might be mental instability. It’s not severe enough to truly question her sanity but it is a passing moment where she is carried away by her grief and loosens her grip on reality. Meanwhile, her husband looms dangerously near her with a rolled-up newspaper. It’s an exquisitely crafted scene that creates just enough tension to deepen our understanding of the characters involved.

​The son stands back and tries to calm everyone but eventually has to step in and catch the butterfly. He shows it to his mother and then releases it outside. There is a delicate choreography to the scene where we see the family’s disfunction but also that they ultimately succeed in navigating difficult terrain successfully.
The mother was played by Kirin Kiki who also appeared in Koreeda’s later work Shoplifters. Films like Shoplifters and Still Walking rely heavily on their actors. All of the cast deserves recognition for their performances, but Kiki gave her role not only depth but a multifaceted dimensionality. Her motherly kindness was palpable but could give way to petty grievances, or even cruelty.
More recently she starred in a Naomi Kawase film called Sweet Bean and won a Best Performance by an Actress award at the 2015 Asia Pacific Screen Awards. Both performances manage to convey power and depth under a calm, quiet exterior.
The family that we grow up in has set roles for each member to play. Each member is assigned an identity by the group and each member invariably strains at the identity’s limitations. As long as they all live together the roles exert their influence and keep them on a carefully regulated track so that the family can function or dysfunction the way it always has.
Much of the friction and frustration this causes is not recognized or understood until an individual leaves the household and begins functioning in a new context. The stress and anxiety we feel when we return home for a holiday or a special occasion are not so much about Mom or Dad, but about being forced back into the role we played for so many years as we grew up. Your family of origin sets up patterns of behavior that dog us for the rest of our lives. We try not to recreate them with the new people that enter our lives, but it only takes a few moments at home for us to slip into the well-worn rut that raised us.
​
According to the agreed-upon Yokoyama family narrative, none of the members have lived up to their potential. Each of them is a disappointment to the others. As a family, they want to enact the bourgeois dream of comfort and affluence, and in many ways, they have achieved it, but the truth or falsity of their success plays no role in determining what the family thinks. Even the patriarch with his position as doctor is not a fully licensed MD and so secretly nurses disappointment in himself. He is a respected and important part of his community but his status has a caveat and that irks him and his wife.

The youngest boy wants to grow up to be a piano tuner, not a player but a tuner. It is a fantasy that makes sense to him but unnerves the rest of the family. Not only do the Yokoyama’s pressure each other into maintaining a family narrative but they ad the societal pressure of competition to their anxiety. They are acutely aware that their neighbors and friends can see them. They presume that the people around them are also writing a narrative about the Yokoyama family, and it worries them.

All of this hides quietly underneath the family’s casual discussions. It peeks out from time to time, but with the exception of the patriarch, much of it is only implied. The father is too angry and bitter to hide his feelings and so acts as a catalyst by freely expressing his disappointment with everyone. He is the fire that fuels the family’s interactions and causes them to both reproach each other, as well as assist each other in getting past the wounds that the father keeps inflicting.

In the end, the film is about the creation and maintenance of a family narrative and the roles that it asks us to play. Each member must negotiate their position in the story and manage the influence of the others. Koreeda manages to render all this while still keeping a somewhat sweet and sympathetic atmosphere, where we understand the flaws and feelings of each of them and feel a warm empathy for all of them.

If you enjoyed this article click here for more
www.filmofileshideout.com/archives/favorite-scenes-no6-tampopo 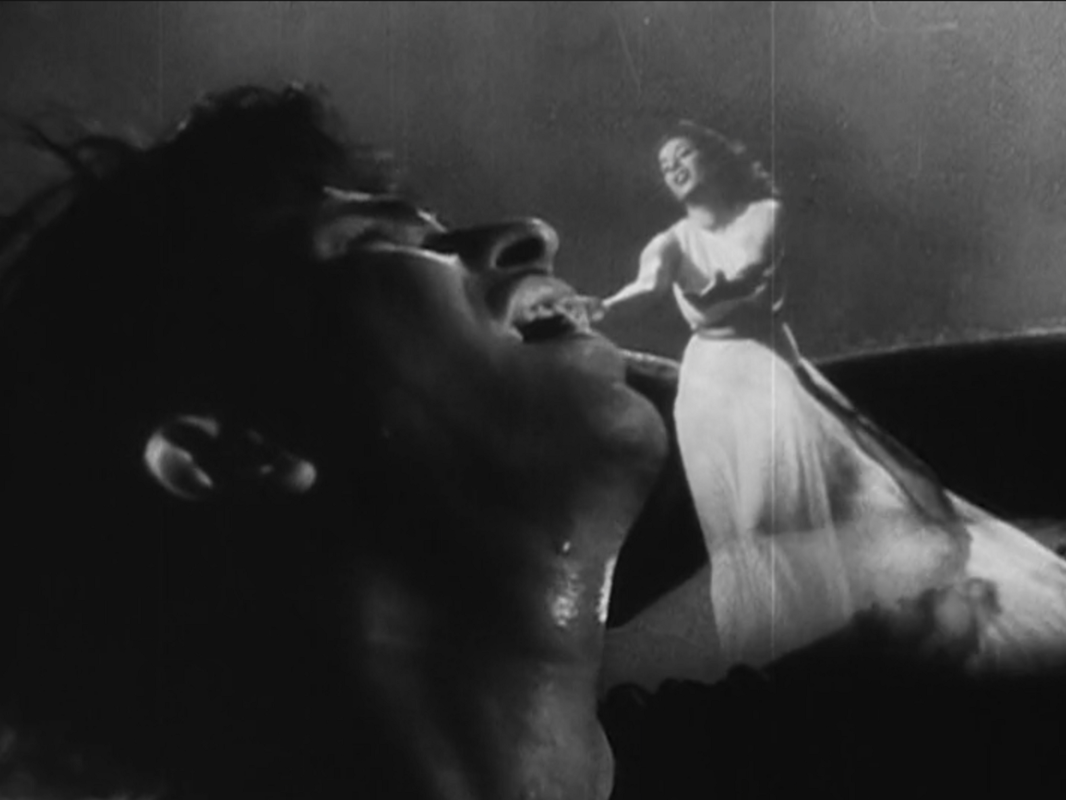 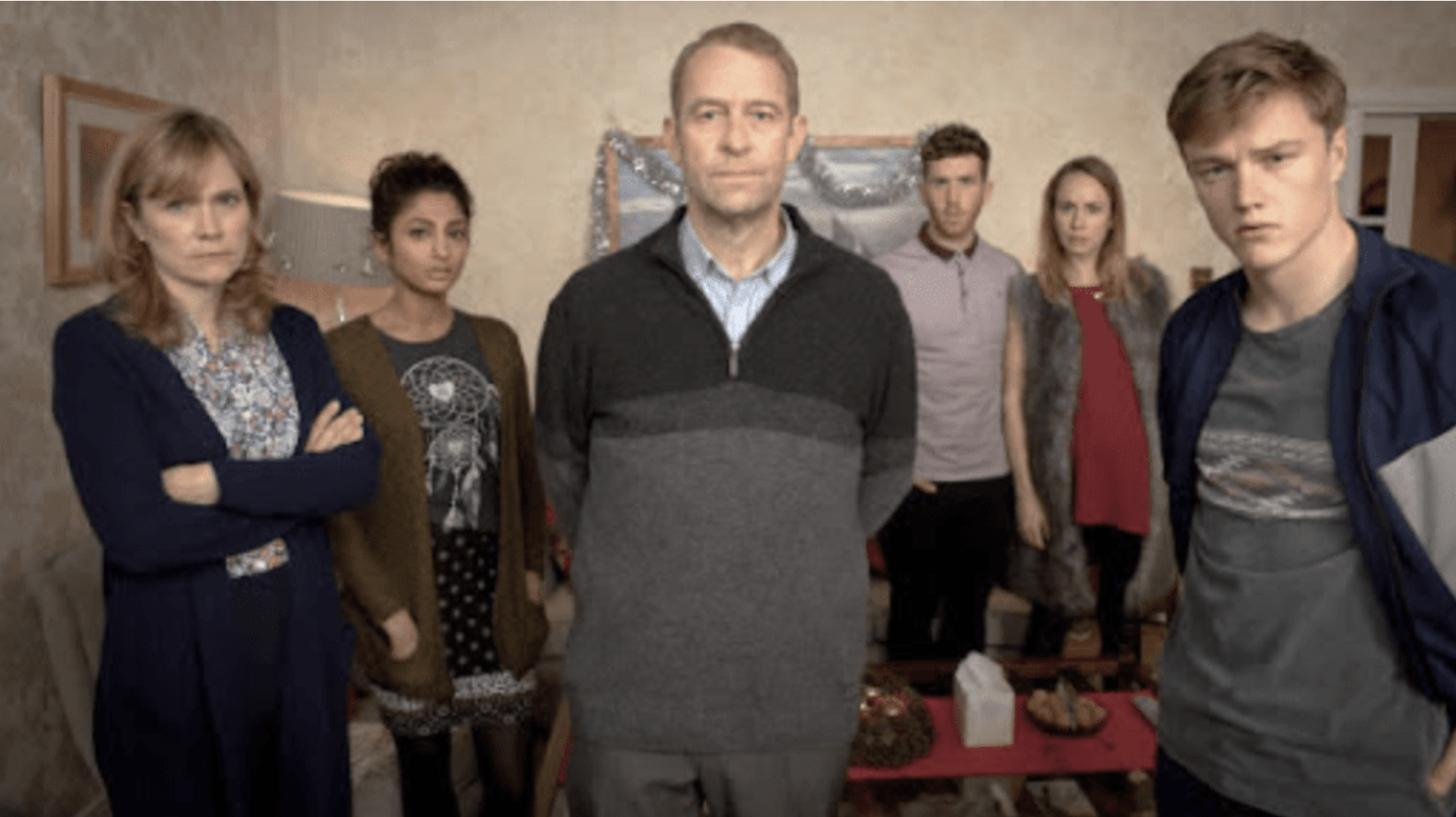